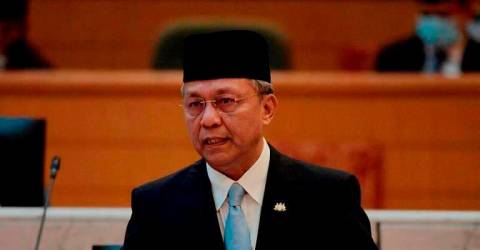 JOHOR BAHRU: MCA and MIC will each contest eight and one parliamentary seats in the state in the 15th General Election (GE15), the same number of seats contested by the parties in GE14, said Johor Barisan Nasional (BN) chairman Datuk Hasni Mohammad (pix).

He said Umno will contest the Simpang Renggam parliamentary seat left by the Gerakan party, bringing the number of seats to be contested by Johor Umno to 17 compared with 16 seats in GE14.

The Johor BN Election director also said that the component parties under the coalition will not swap seats among themselves.

“Seat distribution is not an issue in Johor, meaning that the number of seats to be contested by MCA, MIC remains the same (as in GE14), eight (seats) MCA and one (seat) MIC,“ Hasni told reporters after attending the closing ceremony for Johor Umno Women’s Information Workshop at Savannah Hill Resort, Ulu Tiram, here today.

He was asked about the matter following speculation of seat swapping among the component parties.

The Benut state assemblyman has also confirmed that he will be contesting a parliamentary seat in the GE15.

Hasni said recently that the announcement of Johor BN candidates is expected to be made on Nov 3, a day after the launch of BN election machinery.

The Election Commission has fixed polling on Nov 19, nomination on Nov 5 and early voting on Nov 15.-Bernama