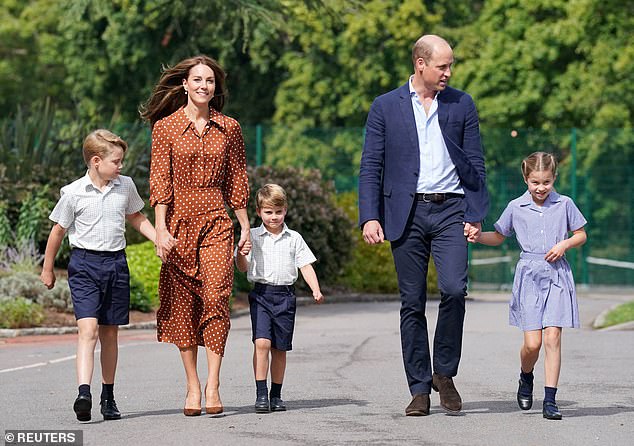 Prince George, Princess Charlotte and Prince Louis‘ new school have revealed the royal children had the chance to get stuck into a very autumnal activity in their first term at the £21k-a-term prep.

The Prince and Princess of Wales enrolled their children in the independent school Lambrook in Berkshire following their move to Windsor in September.

Earlier this week, the school – which also allows some students to board – gave parents an update on what their children have been getting up to.

Posting on their Instagram page, Lambrook explained how students have been making the most of the on-site orchard.

After taking students on a guided tour to do some apple picking, classes then put their stash to good use by making their own juice and baking cakes.

Prince George, Princess Charlotte and Prince Louis have been attending Lambrook school since September. Pictured arriving with their parents on their first day 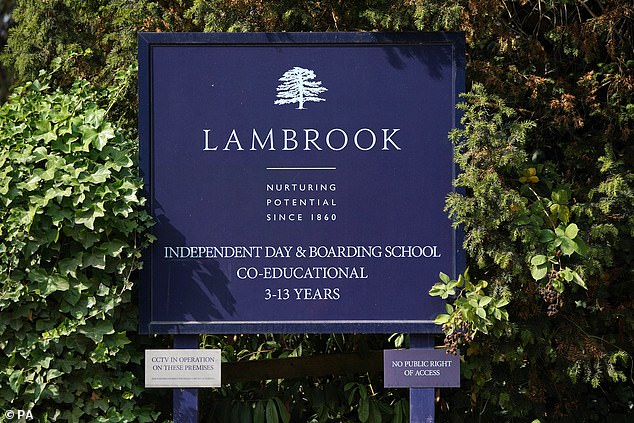 ‘It was a wonderful celebration of all things apples in our orchard today.’

Lambrook’s on-site orchard is also home to pigs, chickens and rabbits, which are available to cuddle during wellbeing walks.

The exclusive school – which is set within 52 acres of private land and only a 10 minute drive from the family’s new home – also has lambs on site as well as bee hives to encourage students to learn more about the surrounding natural landscape. 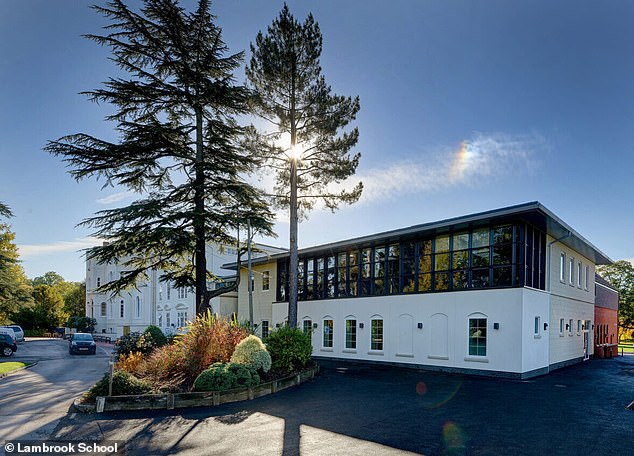 Lambrook is situated within 52 private acres of land in Berkshire. Pictured: a newly developed wing of the school 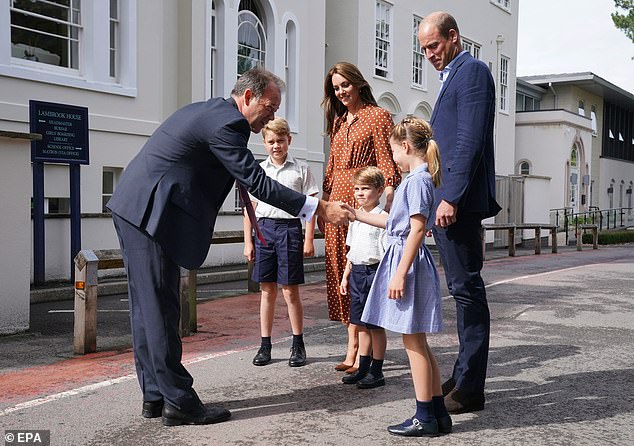 The Prince and Princess of Wales relocated to Windsor in September. Pictured accompanying their children

On top of this, George, Charlotte and Louis will be able to enjoy activities such as bee-keeping and scuba diving during their time at the Christian prep school, which has also been to known to host Harry Potter evenings.

The prospectus quoted one parent as saying: ‘It’s the most magical place for our children to spend time, and they can often be seen rosy-cheeked and perfecting handstands, throwing balls or racing to the tree stumps.’

There is school on Saturday mornings followed by an afternoon of sports fixtures for pupils in Year 5 and above which includes nine-year-old George. 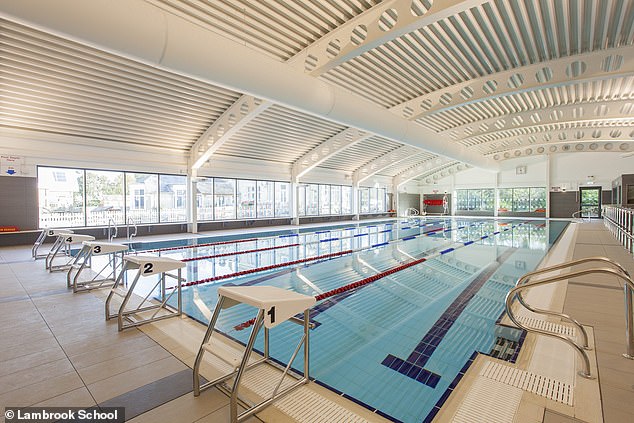 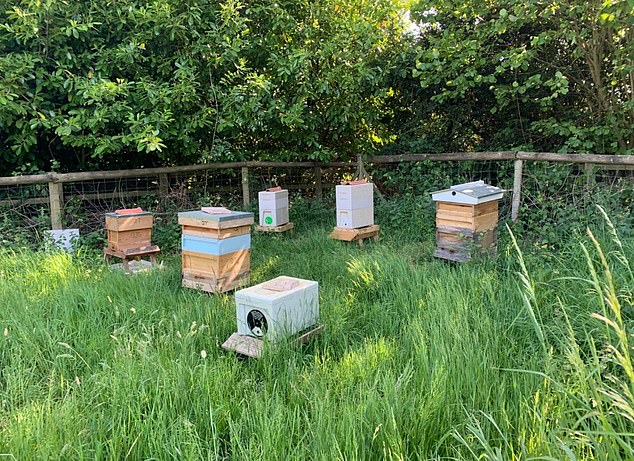 George, Charlotte and Louis will also be able to enjoy activities such as bee-keeping and scuba diving. Above: The school’s bee hives 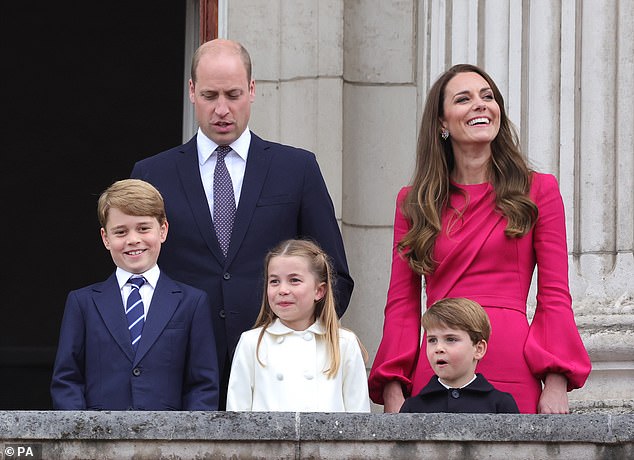 It means William and Kate will be spending in excess of £50,000 a year on their children’s private education.

The bill amounts to £53,508 worth of fees in 2021-2022, not factoring in any potential sibling discount if available, fee increases or the cost of uniform or trips.

Boarding for the older two Cambridge children would cost an additional £8,886 a year if chosen at a later date.

Lambrook was founded in 1860 and two of Queen Victoria’s grandsons, Prince Christian Victor and Prince Albert of Schleswig-Holstein, attended, with Victoria travelling from Windsor Castle to watch them in plays and at cricket matches.