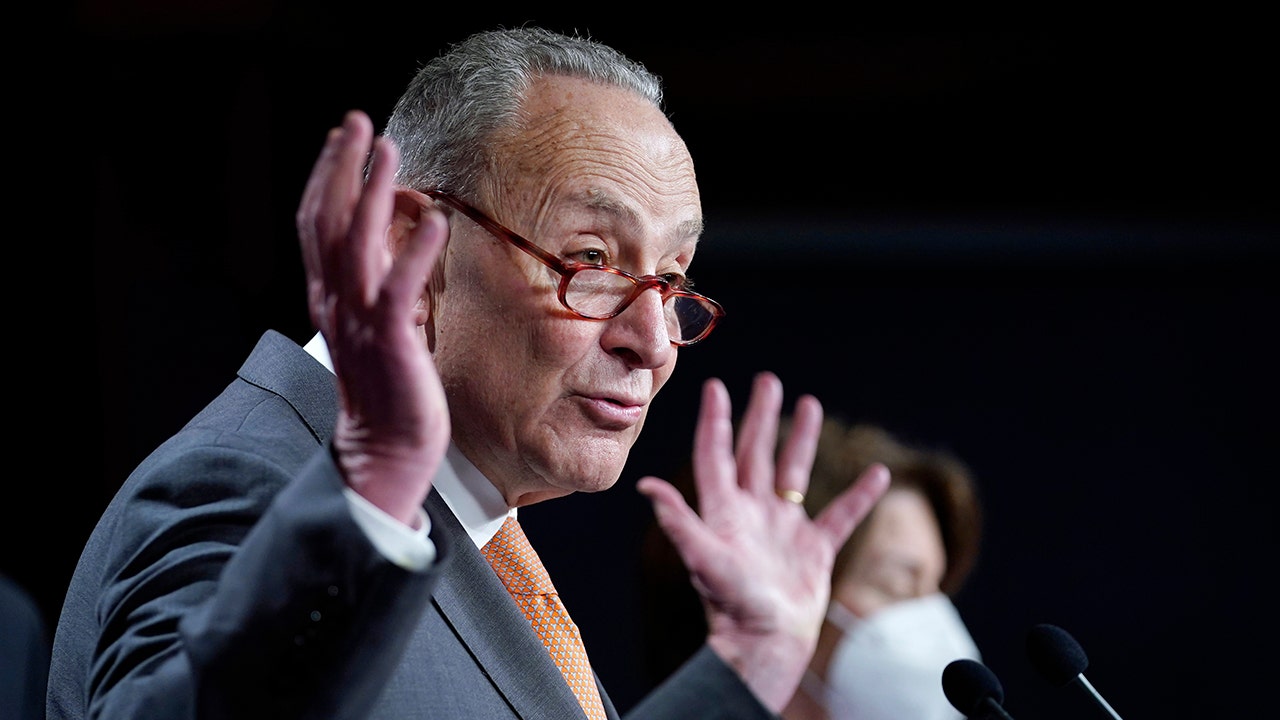 George Soros and other left-wing billionaires have flooded a Chuck Schumer-aligned super PAC with millions of dollars as they look to maintain a majority in Congress’s upper chamber, federal records show.

Soros steered $2.5 million from his Democracy PAC to the Senate Majority PAC in July, while hedge fund billionaire James Simons added an identical amount, according to new Federal Election Commission filings. The duo was the largest donors to the committee last month, which is now entering the home stretch of the midterm elections with nearly $73 million cash on hand.

The new Soros cash also brings his total to the Senate Majority PAC to $10 million for the 2022 elections, making him one of its largest contributors behind a dark money nonprofit affiliated with the PAC.

The Senate Majority PAC, a committee aligned with Senate Majority Leader Chuck Schumer, is heading into the final stretch for the 2022 elections with nearly $73 million cash on hand.
(AP Photo/J. Scott Applewhite)

Majority Forward, a nonprofit that does not identify its funders, has provided the Senate Majority PAC with at least $27 million in donations this cycle, according to a previous Fox News Digital review of campaign finance records.

Majority Forward hauled in a record $105 million between July 1, 2020, and June 30, 2021, according to its most recent tax forms. The nonprofit maintains a close relationship with the Senate Majority PAC.

While the Senate Majority PAC primarily operates by backing Democratic politicians, the group tested a new tactic this election cycle by propping up at least one Republican primary candidate they viewed as more vulnerable in the general election.

Super PACs bankrolled by George Soros have given the Senate Majority PAC $9.5 million this cycle.
(Simon Dawson/Bloomberg via Getty Images)

Democratic Colorado’s donors were unknown as they poured millions into the primary. But following the release of the group’s first campaign finance report on July 20, The Colorado Sun discovered that the Senate Majority PAC was the sole source of the group’s $4 million in funding.

The tactic backfired, and O’Dea won the primary by nearly ten percentage points to move on and face Democratic Sen. Michael Bennet in a critical race this November. Democratic Colorado filed a termination report the same day it submitted its first financial report and closed shop.

This is not the first time the dark money Majority Forward and Soros were among the top backers of the Senate Majority PAC. During the 2020 elections, Majority Forward passed at least $50 million to the committee, while Soros added $11.5 million from his Democracy PAC, filings show.

The Senate Majority PAC did not respond to a Fox News Digital inquiry on its donations by the time of publication.