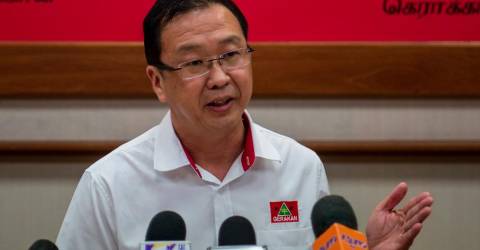 PUCHONG: Gerakan is expected to be contesting in more seats under Perikatan Nasional (PN) in the 15th General Election (GE15) compared with the last polls.

Its president Datuk Dr Dominic Lau Hoe Chai said the party is also expected to be given more parliamentary seats in Penang because of Gerakan’s 39 years of experience and contributions in the state.

“Although Gerakan is a non-ethnic party, the perception under PN is that non-Malay areas will be given to Gerakan because the strength of the party is mixed seats,“ he told reporters after launching the PN operations room here today.

Negotiations on seat allocation among the PN component parties are almost completed with a few more seats in the final evaluation before the full list of candidates is announced soon, he added.

Meanwhile, Lau hinted that he would contest in a Penang parliamentary seat after losing twice in Batu. – Bernama