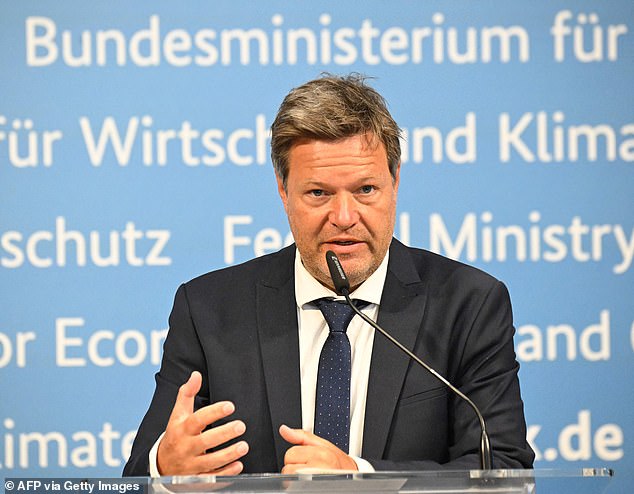 EU ban on Moscow’s oil ‘will come at a cost’: Germany warns of knock-on effect for consumers as it backs new sanction

By Lewis Pennock For The Daily Mail

Germany last night backed an EU-wide ban on Russian oil – but warned it will ‘come at a cost’.

The bloc could also be forced to soften any announcement after Hungary threatened to veto an outright ban.

The EU’s sixth package of sanctions could be unveiled as soon as today but would require unanimous agreement of all 27 member countries.

EU sources conceded yesterday that Slovakia and Hungary could be offered ‘an exemption or a long transition period’ to keep the bloc united.

Poland said yesterday it is ready to be independent from Russian oil and is willing to support other countries to cut their supplies.

Austria and Italy have also expressed reservations about a total ban by the end of 2022.

Around half of Russia’s 4.7 million barrels per day (bpd) of crude exports go to the EU, which has paid around £17bn for Russian energy since the invasion on February 24.

EU ministers met in Brussels yesterday to discuss their response to Russia’s decision last week to cut gas supplies to Bulgaria and Poland, which was branded ‘blackmail’.

The two countries had refused to accept Russian President Vladimir Putin’s demand that ‘unfriendly’ countries must start paying for gas in Russian rubles.

More Gazprom bills are due on May 20, and the bloc is wary that Russia might turn off more taps then.

Britain has already pledged to phase out imports of Russian oil by the end of the year. Russian imports recently accounted for 8pc of total UK oil demand.