Getting rid of the Marxists in the Labour party won’t be easy… it will be like trying to rid a creaking old mansion of dry rot, writes SIMON WALTERS

By Simon Walters for the Daily Mail

Jeremy Corbyn had hoped to go down in history as the first leader of a Marxist British Government.

Instead his epitaph will be to have led Labour to its worst defeat since 1935, with fewer seats than it won in Maggie Thatcher’s landslide victory in 1983 after the Falklands War.

The Left-wing manifesto of Michael Foot, beaten by Thatcher, was notoriously described as ‘the longest suicide note in history’ by Labour grandee Gerald Kaufman. It looked prudent against Corbyn’s fantasy package of uncosted multi-billion-pound pledges that voters saw through in an instant.

Moderate Labour MPs have been privately warning of this kind of Corbyn-led self-inflicted massacre for weeks.

His health spokesman Jonathan Ashworth let the cat out of the bag in a leaked phone call three days ago when he said support for Labour was ‘abysmal’ and the main reason was that Labour voters ‘can’t stand’ their own leader.

A Labour recovery will be even harder this time than in 1983 because then the Left-wing extremists who caused most of the trouble were powerful, but a powerful minority. Their modern-day equivalents, the pro-Corbyn Momentum group, have taken over the party and its entire machine from top to bottom. It will be no easier to rid Labour of Momentum than rid a creaking old mansion of dry rot.

Two days ago, with the writing on the wall, I asked former Labour home secretary David Blunkett how the party could get back to the position it occupied when he was a key figure in Tony Blair’s three successive election victories.

Blunkett’s assessment was brutal: The trouble with Corbyn, McDonnell and their crew, he said, is that ‘Marxists don’t understand human nature’. Labour had to ‘reconnect’ with its traditional supporters – but the problem went even deeper than that, said proud Yorkshireman Blunkett.

As far as Labour voters in its northern heartlands are concerned, Metropolitan Marxists such as Corbyn and his pro-Venezuelan, pro-Hamas, anti-Western Leftie clique didn’t even speak the same language as they do in Workington, Worksop and Wallsend. 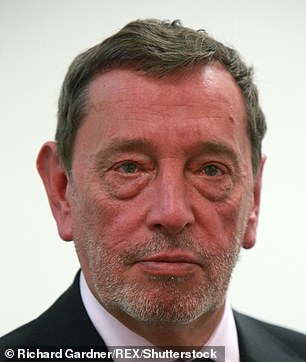 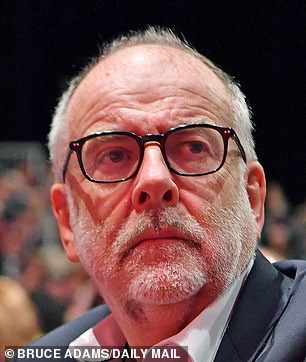 David Blunkett (left) blames Marxism in the Labour party for the election defeat, while Lord Falconer (right) said the result was ‘the inevitable conclusion’ to Corbyn’s leadership

‘It is about ‘people like us’,’ said Blunkett, pronouncing the ‘us’ with the soft burr of a northern ‘uz’. It was about NOT believing you made a far-fetched ‘retail offer’ to voters with zero thought to value for money or the economic consequences and think they will ‘simply sign up’.

What made Blunkett all the more ‘sad’ was that Johnson was ‘beatable’ – if only Labour had had a half decent leader.

Blunkett was backed last night by another Labour grandee from the Blair era, former Lord Chancellor Lord Falconer. One of the few to serve both in Blair’s and Corbyn’s front bench team, Falconer begged Labour activists to see sense: Corbyn must stand down and be replaced by a leader ‘who connected to the values of the party and the UK as a whole’.

Falconer told me Labour’s election disaster was ‘the inevitable conclusion’ to Corbyn’s leadership. ‘It is clear that the politics of Corbyn are not attractive to the public. Jeremy is sincere and is entitled to respect but we have failed to offer any serious opposition to the Tories. Our activists must see that we have to change course. We have to have a leader who can connect with the party and the country.’

The chants of ‘Oh Jeremy Corbyn’ that rang out at Glastonbury when he attended the festival at the height of his popularity in 2017 are now a distant echo.

Defying all the odds, Corbyn came within a whisker of ousting Theresa May from Downing Street in 2017. Corbyn and his cronies thought he could go one step better this time. They were wrong. Awkward Mrs May ran a dismal campaign and the election seemed pointless. Boris Johnson’s boundless energy made tired Mr Corbyn look every one of his 70 years.

When Michael Foot lost in 1983 it took Labour 14 years before Tony Blair hauled them back into power by returning the party to the sensible centre Left.

If it takes Labour as long to return to sanity this time, a Labour prime minister will not step over the threshold of No 10 until 2033.