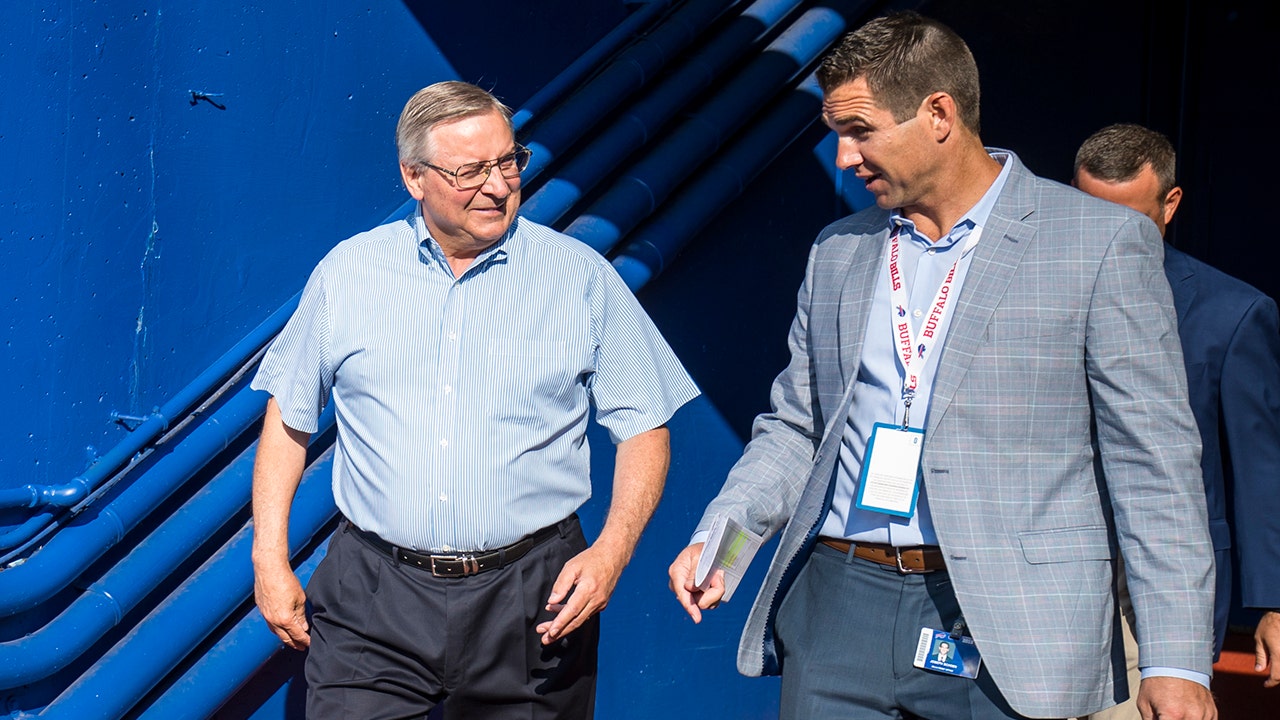 The New York Giants have found a new general manager.

Joe Schoen, the current Buffalo Bills assistant general manager, was named the new Giants general manager on Friday. He will replace Dave Gettleman, who retired at the end of the 2021 season.

“We are pleased and proud to name Joe as our general manager,” Giants co-owner John Mara said in a statement. “Throughout our search, Joe impressed us with his ability to communicate a progressive and comprehensive vision for our team.  His philosophy and collaborative approach to building a roster and coaching staff align with what we were looking for in a general manager.”

“Joe is the kind of exceptional leader we sought to oversee our football operations,” Giants co-owner Steve Tisch added. “We will do whatever it takes to support Joe’s vision and strategic plan for success. We are excited to begin this next chapter with Joe as our general manager.”

TOM BRADY ON WHAT HE ATTRIBUTES PLAYOFF SUCCESS TO, HOW BUCS ARE ABLE TO AVENGE REGULAR-SEASON LOSSES

Schoen has two decades of scouting and front office experience in the NFL. He got his start with the Carolina Panthers and later with the Miami Dolphins. He served under legendary head coach Bill Parcells in his first three years with Miami. Parcells won two Super Bowls with the Giants.

“It is an honor to accept the position of general manager of the New York Giants,” Schoen said. “”I want to thank John Mara and Steve Tisch and their families for this tremendous opportunity. And obviously I am grateful to Brandon and the Bills for the experience I have had in Buffalo.

“Now, the work begins. My immediate focus is to hire a head coach, with who I will work in lockstep with to create a collaborative environment for our football operations. We will cast a wide net, it can be former head coaches, first-time head coaches but, more importantly, it has to be a person who possesses the ability to lead an organization and the ability to motivate and develop players. On the personnel side, we will begin to evaluate our roster and prepare for the draft and free agency. Our goal is to build a roster that will be competitive, have depth, and most importantly, win football games.”

The Giants now have to hire a new head coach.

Head coach Brian Flores of the Miami Dolphins takes the field during introductions prior to the game against the New England Patriots at Hard Rock Stadium on January 09, 2022 in Miami Gardens, Florida.
(Mark Brown/Getty Images)

According to the NFL Network, former Dolphins coach Brian Flores and Dallas Cowboys defensive coordinator Dan Quinn are on the list.