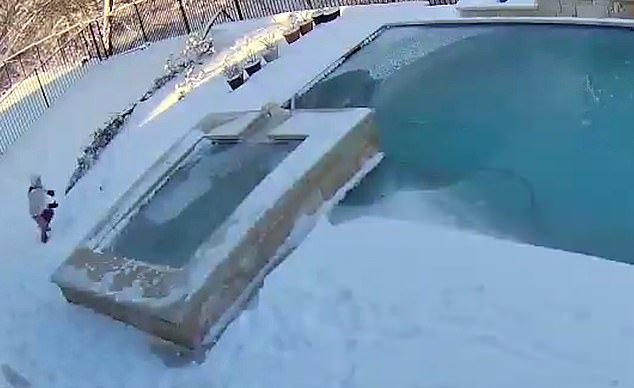 I’ve got you: Moment quick-thinking girl, 8, rescues her dog when he falls though the ice on her swimming pool

This is the heart-pounding moment an eight-year-old girl rescues her pet dog after he plunges into an icy swimming pool in her backyard.

Footage captured in Leander, Texas, shows Amelia Cipriano playing in the snow when her one-year-old labrador Cooper slips and breaks the top layer of ice on the pool.

The quick-thinking young girl immediately rushes to the canine’s aid and pulls him out of the icy waters.

Eight-year-old Amelia Cipriano, from Leander, Texas, rushes towards her one-year-old labrador Cooper after he falls into the icy swimming pool 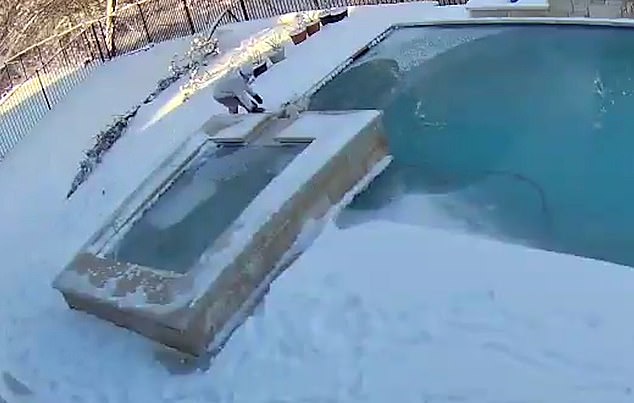 During the footage, which was captured on February 15, Cooper lowers his head towards the edge of the pool.

Within seconds, the canine plunges into the icy water and begins to struggle in the freezing temperatures.

Amelia immediately runs towards Cooper and pulls the 90lb dog out of the pool before the dog shakes himself off and walks away.

The eight-year-old’s mother Gill said: ‘Amelia is pretty proud of herself for being there and saving him. Cooper is completely fine and never skipped a beat – probably would have done it again, he loves the water.

‘I actually saw this happening from my bedroom window as I was getting dressed and as soon as I saw Cooper go in, I immediately grabbed towels and ran to the back porch.

‘My husband had just been on the back porch watching them and stepped inside to grab his coffee. 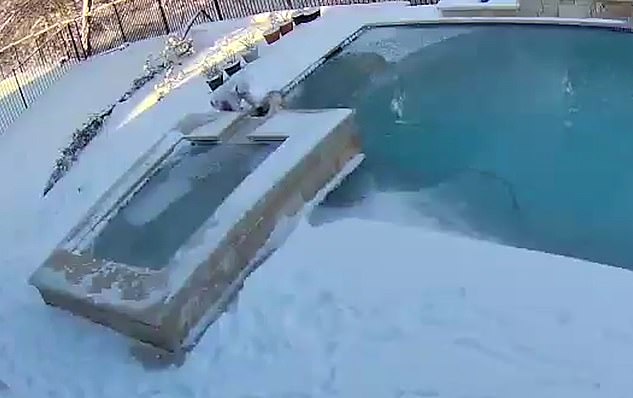 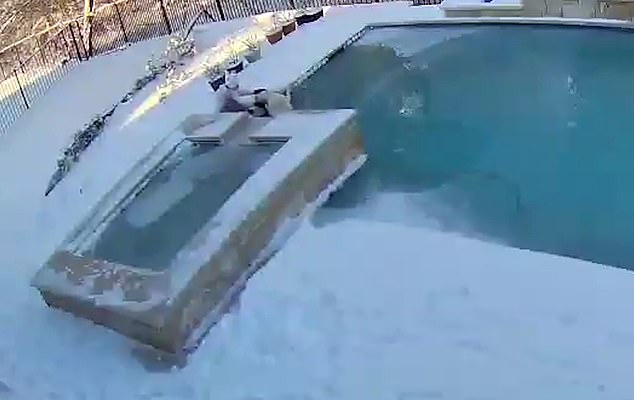 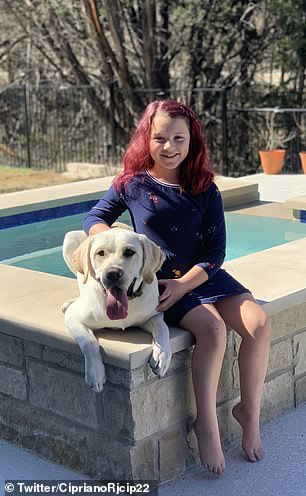 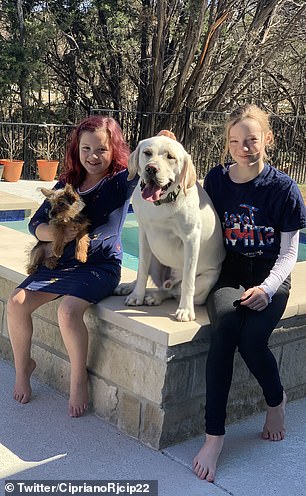 ‘Amelia was amped up with adrenaline and Cooper was jumping around like he was so excited that he got to go for a swim.

‘We covered him in towels and dried him off quickly.

‘He was smiling and wagging his tail so we knew he would be fine and then Amelia had some much-deserved hot chocolate.’