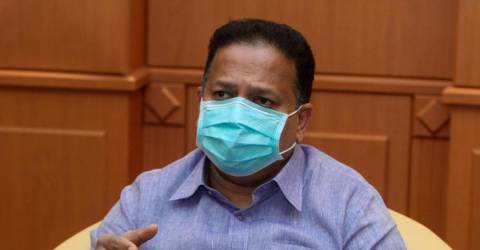 KUALA LUMPUR: MIC has urged the Barisan Nasional (BN) leadership to give Prime Minister Datuk Seri Ismail Sabri Yaakob sufficient space to decide when is the best time to call for the 15th general election (GE15).

“At the same time, on the question of when GE15 should be held, I humbly urge the BN leadership to give enough space for the PM to decide on the most suitable time,” he said.

Ismail Sabri is a vice-president of Umno, which is also part of BN.

Vigneswaran said this in his speech at MIC’s 75th annual general assembly at the Malaysian International Trade and Exhibition Centre (Mitec) here, today.