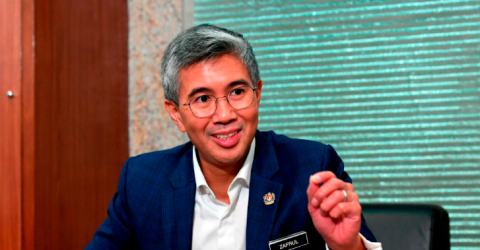 KUALA SELANGOR: If Barisan Nasional (BN) were given the mandate in the 15th General Election (GE15), a stable government could be formed to continue all the policies formulated to assist the people and nation in weathering the global economic uncertainty, said Tengku Datuk Seri Zafrul Abdul Aziz (pix).

The caretaker finance minister said the policies introduced before the dissolution of Parliament have clearly produced good results, with the national economy posting growth despite facing global headwinds, including from the geopolitical situation in Europe.

“The (conflict) in Ukraine and Russia, which has now also extended to Poland, has had an impact (on us) to some extent, in addition to Europe’s economic downturn. Just look at the high inflation rate due to higher fuel and raw material prices. In the United States, the interest rates have risen very high, burdening the people there,” he told reporters here today.

Tengku Zafrul said that while Malaysia has been affected by the fallout, the economy has continued to grow due to the policies that were introduced and implemented.

“The economy grew 14.2 per cent in the third quarter of this year, representing the fourth consecutive quarter of growth, while the first nine months of 2022 saw a growth of 9.3 per cent.

“But the important thing is to look ahead. If BN were able to return and form the government, we would continue the policies to help the people and develop the economy,” he said.

Tengku Zafrul, who is BN’s candidate for the Kuala Selangor Parliamentary seat, said that although the country is showing a healthy economic performance, Malaysia needs a stable government with a positive track record in order to prepare for the rising global challenges anticipated in 2023.-Bernama