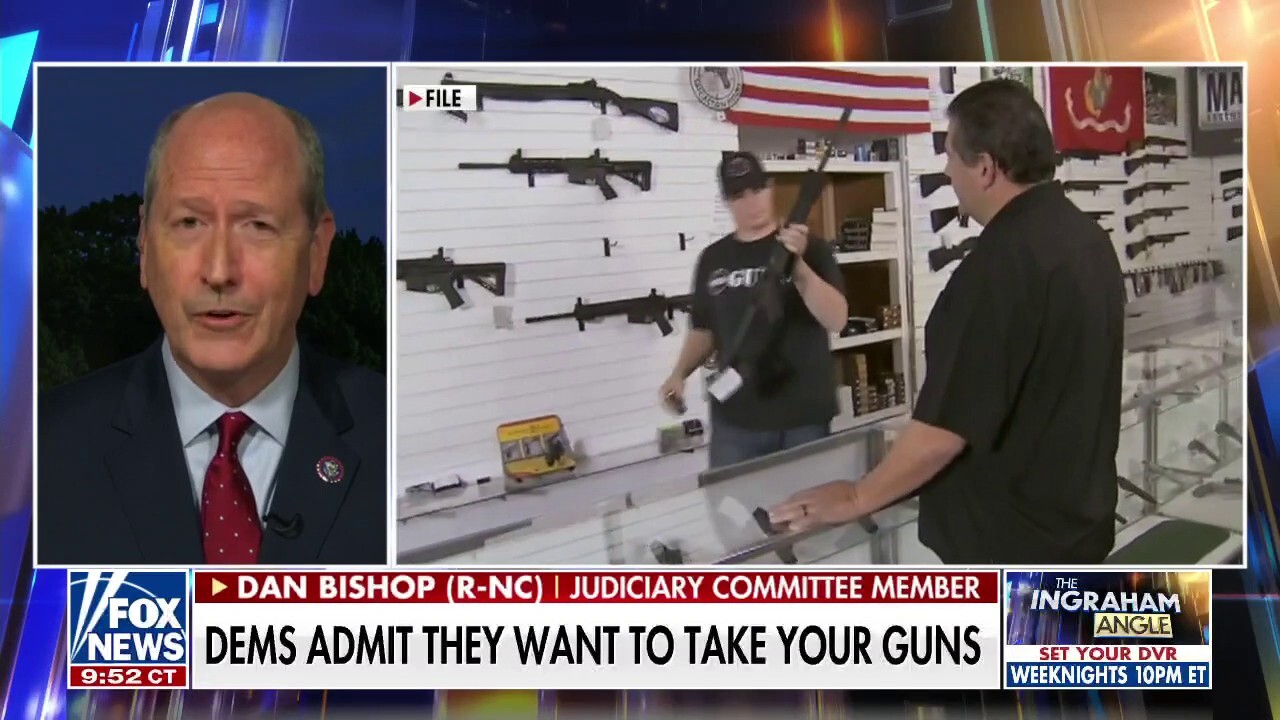 House Judiciary Committee member Dan Bishop reacted to a hearing on gun control on “The Ingraham Angle” and speculated on how strict legislation could really become.

REP. DAN BISHOP: You know very well that the Heller decision held in 2008, the Supreme Court’s decision that weapons that are in common use can’t be banned under the Second Amendment. People have a right to keep them and bear them for self-defense. But that’s what Jerry [Nadler] said. They marked up the bill to ban weapons, the AR-15s and the like, ammunition magazines of which there are tens of millions in the United States, and they’re just going to defy the United States Supreme Court. That’s what they’ve made clear.

People at all times — about 2.5 million of them were sold last year. So people are facing the conditions in cities where there’s disorder and crime. The defunding of police, even in an earlier statement on your show. More people are concerned and want to have weapons for protection, but Democrats want to ban them and once they ban these, it’s clear they’re going to come for more. That’s what they’re going to do. They’ve made it very clear. Unless we stop them, they’re going to get it done.