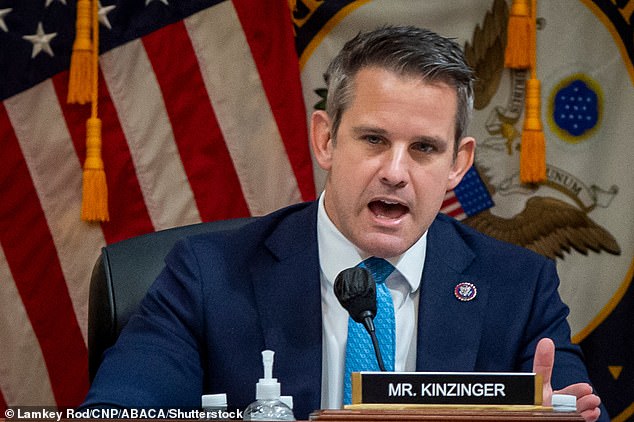 Republicans are in a ‘state of disaster’: GOP Rep. Adam Kinzinger says there is no leadership and insists Trump will be irrelevant because of the January 6 hearings

Illinois Rep. Adam Kinzinger on Monday declared the state of the Republican Party to be a ‘disaster’ and said in an interview former President Donald Trump would some day be ‘persona non grata’ following explosive hearings about Jan. 6th.

He made the comments after helping preside over Thursday’s prime-time hearings about Jan. 6th, which included outtakes of Trump struggling to deliver a video address to the nation saying the 2020 election was over.

Asked about the state of the GOP, Kinzinger told MSNBC Monday: ‘Yeah, the state of the party is a disaster. I mean, look, there are anecdotal, I have people that tell me, you know, hey, my dad was addicted to Fox News. Never thought anything wrong with Donald Trump. Now he hates me because of these hearings. I hear anecdotal things like that,’ he said.

Kinzinger announced last year that he would retire from Congress at the end of his term, after state leaders redrew state lines to put him into a district with GOP Rep. Darin LaHood, a Trump ally.

That followed his move as one of 10 Republicans to vote to impeach Trump after Jan. 6th.

Asked about the impact of the hearings by the panel, which features Kinzinger and Rep. Liz Cheney as the sole Republicans, he responded: ‘There are movements that are occurring. And I think in the medium, and particularly in the long term, Donald Trump will be persona non grata in this country and because of this.

‘But in the short term it takes leaders. I mean, look, I always thought when you got elected to Congress – this is my naivety as a kid that you were coming out here to lead. And what I have learned is leadership is extremely exceedingly rare in this job, and people are just more interested in maintaining the title,’ he said.

Polls continue to show Trump to be highly popular among Republican voters. But Florida Gov. Ron DeSantis has been gaining on him in Republican polls, including in early voting states like New Hampshire.

Kinzinger warned against washing the events of Jan. 6 ‘under the rug,’ even as he expressed a general concern about prosecutions that could be deemed political.

‘If he is not held accountable through the law, I actually fear that that’s a far worse precedent than anything else,’ he said.

Kinzinger spoke days after he was profiled in the Washington Post, which pointed to the way he came to Washington as part of the 2010 Tea Party wave.

‘I was one of his favorites early on,’ he said. 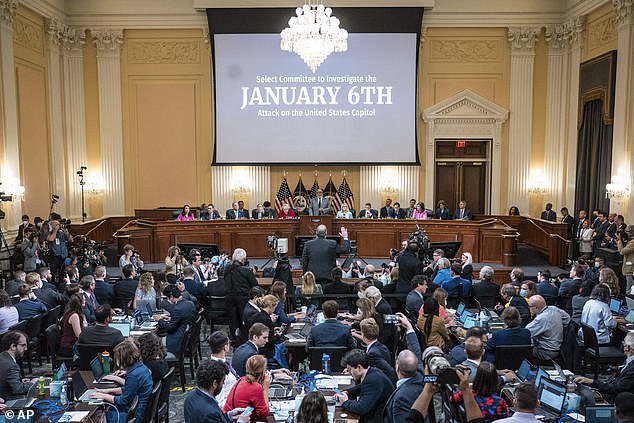 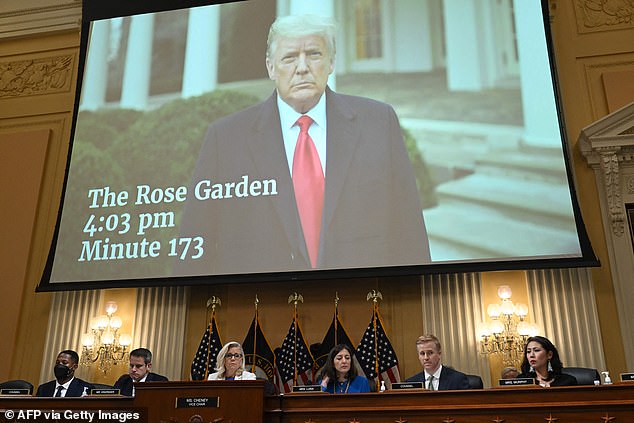 The hearing featured outtakes of former President Donald Trump struggling to say the election was over, even after the Capitol riot 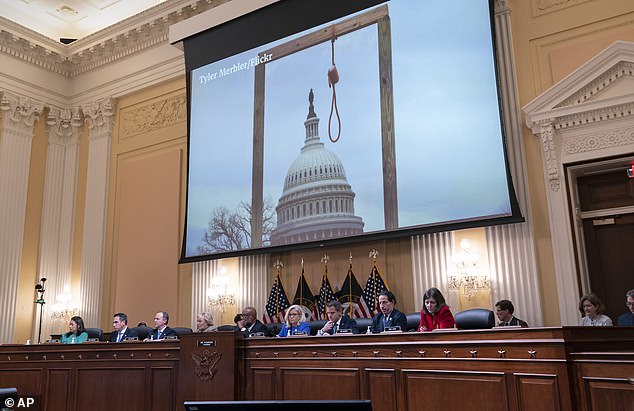 Protesters who stormed the Capitol chanted to hang former Vice President Mike Pence, who presided over the counting of the electoral votes

Kinzinger didn’t vote for Trump in 2016, and days after Trump took office for a policy retreat in Philadelphia, Kinzinger hit the bottle to deal with the situation.

‘I got super drunk,’ he told the paper. ‘Trump’s president, how do we deal with this?’ he said.

Yet he turned around and voted for Trump in 2020, agreeing now that makes him like those he criticizes for political cowardice.

‘That way I can say with a straight face I voted for him,’ Kinzinger said, explaining his justification. ‘I know he is not going to win, but I can say I did it. And so I have credit with the base.’

He said he felt ‘dirty’ doing so, adding: ‘It’s not something I can square away in my soul fully.’