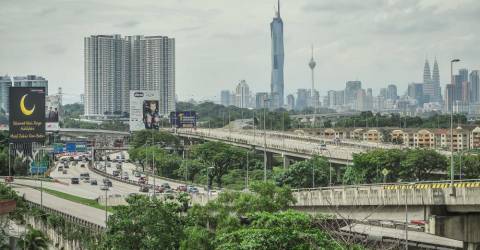 TAPAH: The government is optimistic about achieving the target of zero hardcore poverty in the country as planned by December 2025, says Minister in the Prime Minister’s Department (Economy), Datuk Seri Mustapa Mohamed.

He said this confidence was based on a new approach involving integrated actions by all the parties involved and continuous monitoring to ensure no one would be left out in the initiative.

“China with a population of 1.4 billion had in February last year, announced that it was free of hardcore poverty. We’ve had a good track record in reducing the hardcore poverty rate in the country through various approaches. Hence, we can achieve this as we have a target.

“The approaches this time are better as we’ve provided more explanations and have been monitoring. The initiative of eradicating poverty is one of the 17 Sustainable Development Goals (SDGs) set by the United Nations (to achieve a better and more sustainable future for all).

“This means that the whole world is committed to eradicating poverty,“ he said after witnessing the exchange of a memorandum of cooperation between the Northern Corridor Implementation Authority (NCIA) and Koperasi Orang Asli Lata Kinjang Berhad (KOALB) at Dewan Merdeka, here, today.

To achieve the target, the Poverty Unit was specially established at the EPU in the states and districts across the country through the poverty eradication agenda.

Mustapa said currently, there were 166,000 hardcore poor families in Malaysia, compared with 251,089 in February, registered in accordance with the Income Poverty Guidelines 2019 per state capita.

“The number is declining. What is important is for us to provide a comfortable standard of living and that no one is left out (through BMTKM),“ he explained.

On today’s programme, he said the NCIA would be guiding the OALKB in raising the capabilities of the Orang Asli community at Lata Kinjang as a pioneer project in eradicating poverty among them

“Lata Kinjang has a big potential to be developed as it is popularly known as a place for picnics and jungle trekking, besides equipped with accommodation and other facilities. It can be developed further when managed by KOALKB, besides generating income for the Orang Asli,“ he added. — Bernama