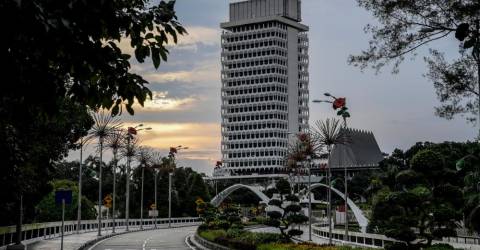 “I read it just now, however, the news cannot be verified, so I cannot comment further…but on the government side, any information is viewed seriously, we don’t want the tragedy in Lahad Datu, Sabah to happen again,” he said when winding-up the Supply 2022 Bill at the committee level for the Defence Ministry at the Dewan Rakyat today.

The matter was raised by M Karupaiya (PH-Padang Serai) during the debate session as it was related to national security.

South China Morning Post reported an alleged plot to invade Sabah with Sulu militia in February next year where 19 mayors of the Sulu Archipelago had secretly met to discuss the plan.

According to the news report, 11 of the mayors had allegedly agreed to recruit 600 RSA to carry out the invasion.

He said so far 304 defence assets are constantly deployed according to the areas and responsibilities of the relevant security forces.

“The government through ESSZone is always committed to enhancing the readiness of enforcement assets to ensure effective control and to create successful deterrence elements,” he said.

He said this when winding up the debate on the Supply Bill 2022 at the committee level for the Home Ministry at the Dewan Rakyat.

The Bill that allocates RM13,513,284,200 for the ministry under Budget 2022 was passed after it was debated by 21 Members of Parliament from the government and the opposition blocs as well as Independent lawmakers.

The Dewan Rakyat sitting will resume on Monday. — Bernama