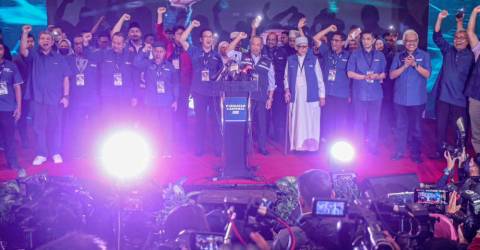 “Our focus and responsibility now is to ensure a stable government as well as give priority to the wellbeing of the people,“ he told reporters at the Party Pesaka Bumiputera Bersatu (PBB) headquarters, here today.

In the just concluded 15th General Election (GE15), GPS which is a coalition of four parties in Sarawak, won 22 of the 31 Parliamentary seats contested in Sarawak.

Abang Johari who is also the Sarawak Premier said GPS made the decision because the world is expected to face a more serious economic crisis next year.

“To ensure the wellbeing of the people and to strengthen the country’s economy, a strong and stable government need to be established quickly,“ he said.

He added that the basis of GPS to become a part of the coalition that forms the Federal Government is to uphold the Malaysia Agreement, the legal instrument signed in 1963 which led to the formation of the Federation of Malaysia (MA63) and Inter-Governmental Committee report.