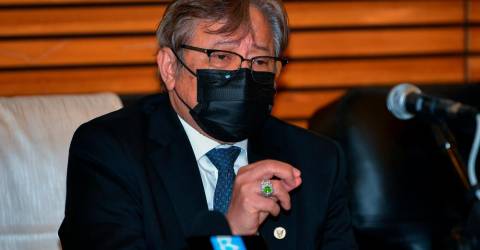 However, he said it was still too early to announce the coalition’s list of candidates and that he would reveal them in due course.

On Oct 24, GPS secretary-general Datuk Seri Alexander Nanta Linggi said GPS will contest all 82 seats in the next state election.

On Wednesday, Yang di-Pertuan Agong Al-Sultan Abdullah Ri’ayatuddin Al-Mustafa Billah Shah consented to the revocation of the Proclamation of Emergency for Sarawak, which was promulgated on Aug 2 this year.

The revocation of the Emergency Proclamation had paved the way for the 12th Sarawak state election to be held, as the state government’s five-year tenure had ended on June 6 this year.

Meanwhile, Abang Johari said the current GPS government is currently assuming the role of a caretaker government until the next government comes in.

“Yes, it is a normal transition when you dissolved the state assembly, the ruling government become the caretaker government.