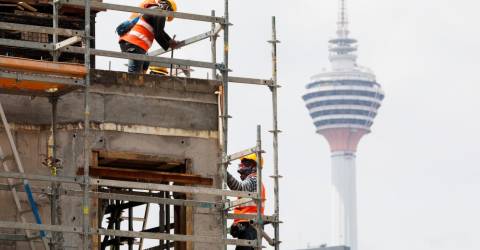 PETALING JAYA: The government must intervene to address the rising cost of building materials, which has driven up business costs and could ultimately result in higher property prices, reports The Malaysian Insight.

“The increase has directly impacted the cost of doing business, which has resulted in a 13-20% hike in construction cost.

“Some items that have shown drastic price increases include mild steel prices (up to 41%), and sand (up to 20%), since October last year. Such a situation has put companies’ already-dwindling profit margins, if any, under pressure,” developers and contractors’ groups reportedly said in a joint statement today.

They also added that if left unattended, the matter would prolong and it can easily lead to loss-making projects and cash flow crunch.

“Developers may have no choice but to pass the extra cost to the rakyat, while contractors who are not able to absorb the extra cost may have to halt their work,” they added.

They said key factors affecting the price increase for building materials include the cost of raw materials, shortage of foreign workers and rising prices all round in logistics, crude oil and energy costs.

To ease the situation, the groups urged the government to take up their proposals, which include enforcement against profiteering and anti-competition practices along the whole supply chain.

They also suggested the government to expedite the entry of foreign workers, and extend the Variation of Price (VOP) clause on contracts for government projects.