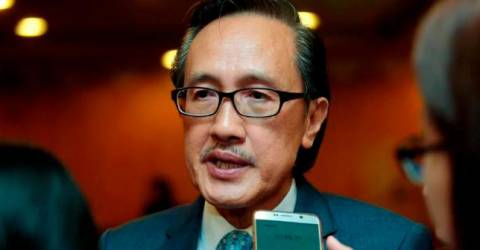 KOTA KINABALU: Gabungan Rakyat Sabah (GRS) is confident that the four Members of Parliament (MP) from Bersatu who were elected under the coalition’s banner will not be affected by the anti-hopping law, said GRS secretary-general Datuk Seri Masidi Manjun (pix).

He said GRS and the MPs concerned were fully aware of the anti-hopping law, which came into effect on Oct 5, before they contested in the recent 15th General Election.

“They (MPs) will inform the Speaker of Parliament if and when necessary of their position and will issue a statement accordingly. We are confident that they will not be affected by the anti-hop law,” he said in a statement today.

On Saturday (Dec 10), GRS chairman Datuk Seri Hajiji Noor, who is also former Sabah Bersatu chief, said leaders of Sabah Bersatu led by him had unanimously decided to leave the party but would remain under GRS.-Bernama