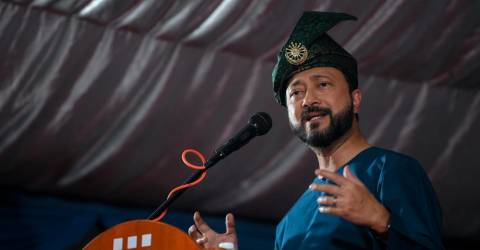 He said all of them are Malay-majority seats, including Pagoh where the incumbent is Perikatan Nasional (PN) chairman Tan Sri Muhyiddin Yassin.

“However, the list of candidates will be finalised tomorrow before being officially announced on Nov 2. Of course, we are serious about offering candidates, we are not participating for fun.

“We are aware that we are in for a tough fight from long-established parties in Johor such as UMNO,” Mukhriz, who is also Pejuang president, said after launching the Johor GTA machinery here today.

On several coalitions declining to cooperate with GTA for GE15, Mukhriz said this could be because they had already finalised their seat distribution.

“So when we discuss political cooperation, there certainly would be seats they would need to sacrifice for other coalitions, so that could be the reason,” Mukhriz said.

The Election Commission has fixed Nov 19 as polling day, Nov 5 for nominations while early voting will take place on Nov 15. –Bernama