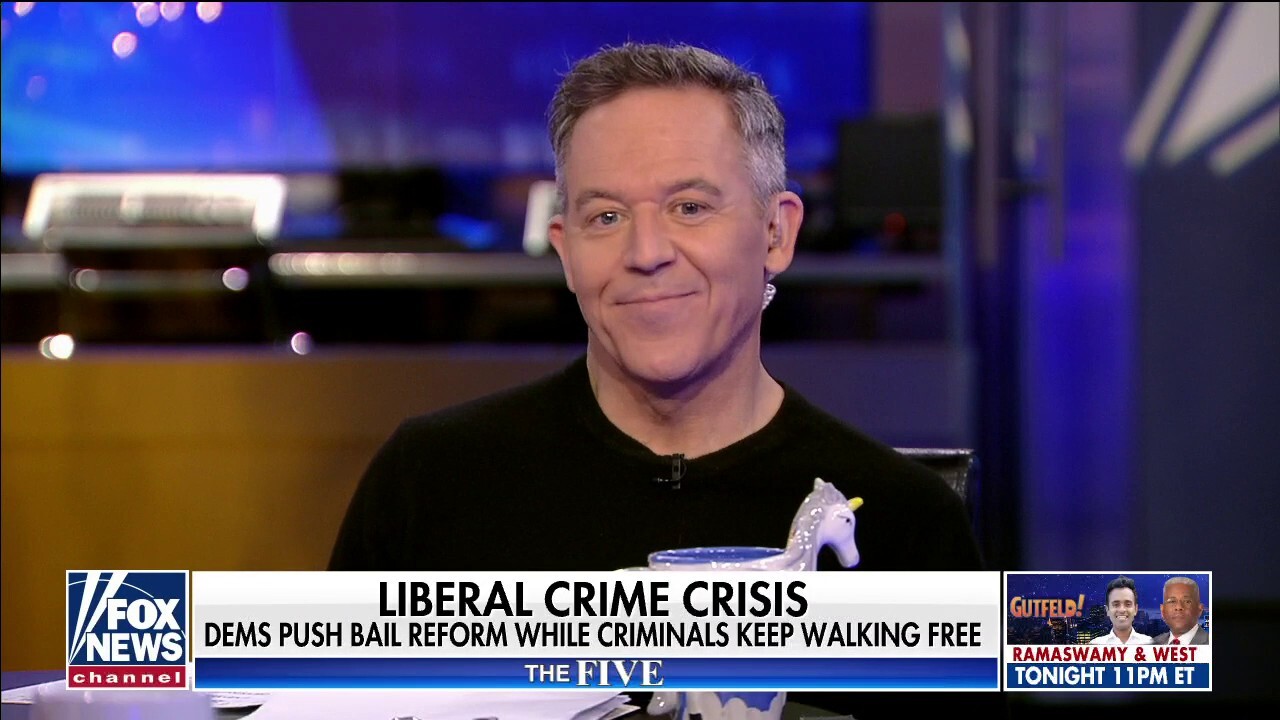 Greg Gutfeld blamed skyrocketing crime rates in the nation’s largest cities on the redefinition of law and order as “systemically racist” Friday on “The Five.”

“The bottom line here is…we’ve redefined law-and-order as systemically racist. So any time you enforce the law, you’re going to be called a racist, which is the most effective method for undermining society. We’re watching society implode. I feel absolutely hopeless,” he said.

“…I am thinking about joining the dark side,” he added. “Why bother being a law-abiding citizen and pay all these taxes and go shopping when you can just smash and grab?… If you can’t beat them, join them.”

The “Gutfeld!” host explained that “the root cause of crime is progressivism.” More specifically, it is the left’s “misunderstanding of incentives” like no bail.

Bank of America has told its New York City employees to dress down to avoid being victimized by street crimes.

“We are allowing the media [and] the White House to redefine crime as like a weather pattern. Like, you know, ‘You go out there, be sure and bundle up; dress like a hobo…’,” Gutfeld said.

White House press secretary Jen Psaki recently said that “a root cause [of crime] in a lot of communities is the pandemic,” prompting “The Five” co-host Dana Perino to call for the White House to ban the phrase “root causes.”

“They have so many root cause issues that they’re not actually addressing,” she said.

“…[Co-host] Jessica [Tarlov]’s made some great points this week about you can’t tell people that what they’re seeing with their own eyes isn’t happening, because that’s the surest way to make sure that you are going to fail in elections and then you can’t get any of your policies done,” Perino continued.

“Nobody wants to live here anyway. It’s a hellhole,” she remarked.