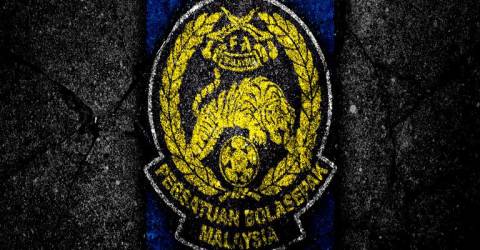 KUALA LUMPUR: It has been 15 years since Malaysia last made an appearance in the Asian Cup when the country co-hosted the football tournament in 2007.

At that time, the wish of all quarters to see Malaysia play on the prestigious stage of Asian football was fulfilled, after the national team had failed to qualify on merit since the 1980 edition in Kuwait.

However, until now Malaysia are still hunting for a ticket to the Asian Cup, with their journeys frequently ending in the third round of the qualifying campaign despite several chief coaches having come and gone.

Beginning tomorrow, the Harimau Malaya squad will make another attempt to scale a wall which they have failed to conquer for more than 40 years, this time under the guidance of South Korean coach Kim Pan Gon.

Drawn into Group E, Malaysia will start their mission in search of the elusive ticket to the 2023 Asian Cup by playing Turkmenistan tomorrow, followed by Bahrain (June 11) and Bangladesh (June 14). All the matches will be played at the National Stadium in Bukit Jalil.

Based on rankings, world 154th ranked Malaysia are expected to face an uphill task against Turkmenistan (134th) and Bahrain (89th) while Bangladesh, at a lowly 188th, should be easier to handle.

Turkmenistan and Bahrain also played in the 2019 edition in the United Arab Emirates (UAE) after emerging as group runners-up and champions respectively in the qualifying round, while Bahrain have also consistently qualified for the Asian Cup since 2004.

However, Turkmenistan’s lack of competitive matches and Malaysia’s goal-scoring record in several recent international friendly matches are seen as giving an edge to Malaysia to collect three points in their clash.

Turkmenistan, known as The Greens, lost 0-1 to Thailand at the end of May, their first competitive match since June 2021, while Malaysia chalked up three victories in their last four matches, with the latest being a 2-0 win over Hong Kong at the National Stadium.

Experienced winger Arslanmyrat Amanow, 32, is one of Turkmenistan’s key players and is just three goals short of equalling the record of 16 goals held by top scorer Vladimir Bayramov.

This will be the first meeting between Turkmenistan and Malaysia on the international stage.

Against Bahrain, who have lost once in their last seven matches which included away wins over Myanmar and Thailand last month, Malaysia are expected to have a tough time even to snatch a point.

At their last meeting in May last year, the host team guided by Helio Sousa won 2-0 against Malaysia, who were then under chief coach Tan Cheng Hoe.

In the case of Bangladesh, they are capable of springing a surprise on Malaysia as the former held 2020 AFF Cup runners-up Indonesia to a 0-0 draw in a friendly in Indonesia early this month.

Malaysia have an impressive record against Bangladesh, winning seven, drawing two and losing one in their last 10 matches. The two teams last met in a friendly match in 2012, which ended 1-1.

To qualify on merit for the 2023 Asian Cup, Malaysia need to win Group E or finish among the top five runners-up in this qualifying round.-Bernama