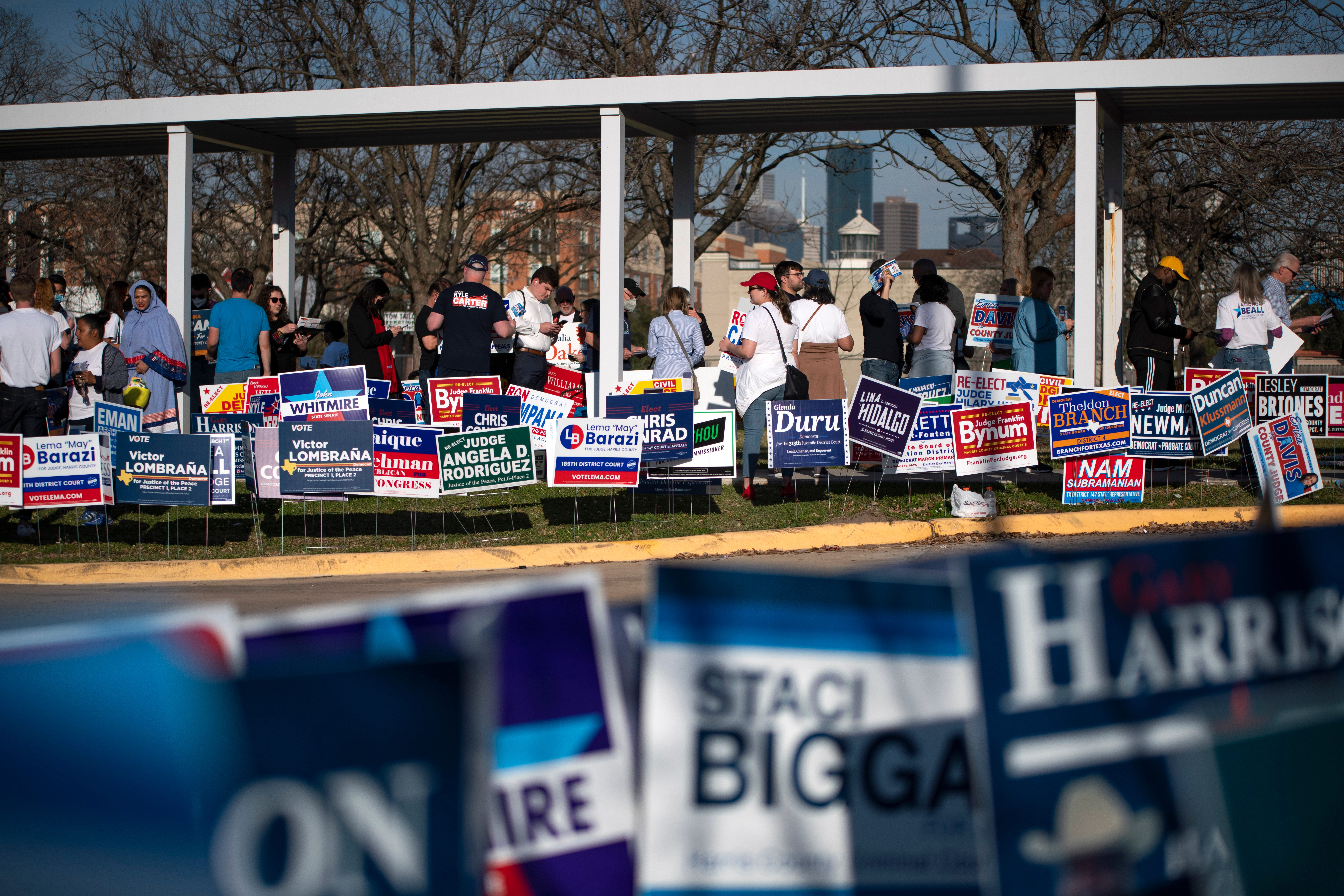 Election officials in Harris County, Texas, have vowed to get to the bottom of a litany of issues that created problems for Texas voters on Election Day.

According to local reports, some polling sites not only opened late, there were machine malfunctions and even ballot shortages at some voting locations.

Voters wait in line outside the Metropolitan Multi-Service Center polling place in Houston, Texas, on March 1, 2022.
(Mark Felix for The Washington Post via Getty Images)

BORDER CONGRESSMAN TELLS DEMOCRATS: ‘LISTEN TO PEOPLE LIKE MYSELF’ AS PARTY FIGHTS TO KEEP HOUSE CONTROL

Polls were slated to open at 7 a.m., but, according to Houston Public Media, at least four locations opened late. One location opened almost 4.5 hours tardy after officials said a key had been misplaced that accessed the voting machines.

“I understand there was a problem with accessing the equipment from the equipment cabby,” Tatum said, according to the local publication. “Then I’m told that there was a misplaced key [for] a judge’s box. [It] wasn’t delivered, which then didn’t allow that judge to access the equipment.”

Tatum apparently was still unsure whether the key was needed to access all the voting machines or just one of the machines, but said the problem was resolved after a key was located.

People walk to cast their ballot at the Moody Community Center on Feb. 24, 2022, in Houston.
(Brandon Bell/Getty Images)

There were over 780 polling sites in Harris County on Election Day and it is unclear how many of the stations experienced problems or how many machines were down.

Over 180 technicians were apparently deployed on Election Day to handle issues that arose with numerous machine malfunctions.

Tatum also said he is still trying to gain answers on why there were ballot shortages at some locations, but noted that his number one priority was getting the ballots counted.