By Caroline Graham In Los Angeles For The Mail On Sunday

Disgraced film boss Harvey Weinstein has released a photograph of himself inside a hospital – in a bid to prove he isn’t ‘faking’ illness.

The 67-year-old, who was last week seen shuffling into a bail hearing using a walking frame, has been accused of feigning frailty to gain sympathy ahead of the start of his criminal trial on January 6.

He is accused of five counts of rape and sexual assault.

A spokesman for the former Miramax boss last night said he underwent a three-hour back operation in New York on Thursday to fix injuries caused in a car accident in the summer.

In hospital: Harvey Weinstein has released a picture inside a hospital – in a bid to prove he isn’t ‘faking’ illness 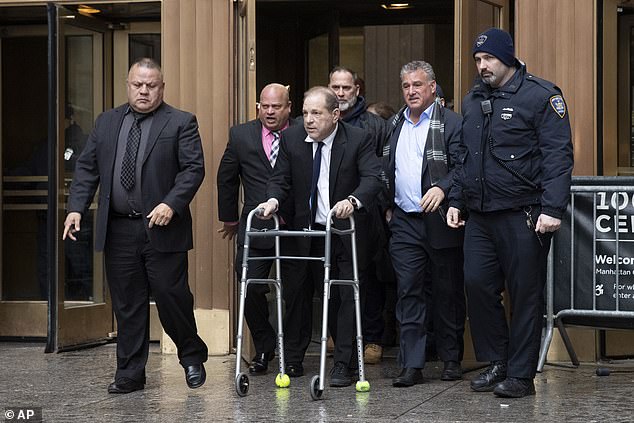 ‘Gaining sympathy’: He has been accused of using a walker to win sympathy towards  him  as he faces up to five counts of rape and sexual assault 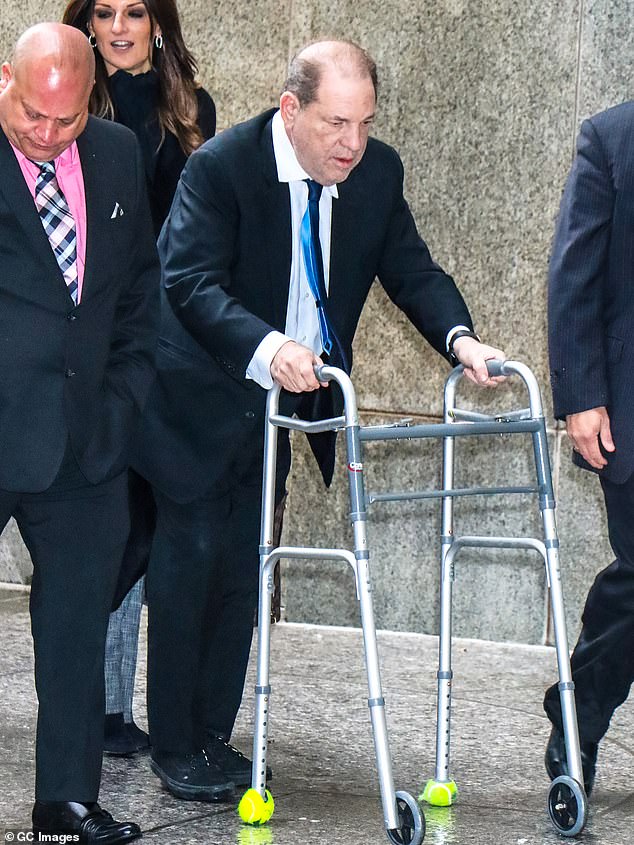 Three-hour operation: He underwent the procedure on Thursday in New York to fix injuries caused in a car accident in the summer

‘The idea he is faking his illness is ridiculous,’ the spokesman said. ‘Harvey has been in agony and underwent surgery on Thursday. We don’t know if he will need further surgeries.’ The movie mogul, who could be jailed for life if convicted on all charges, last week reached an out-of-court settlement over dozens of civil cases brought against him. He will admit no wrongdoing but accusers are set to share a total of £19 million from his insurers.

Weinstein, whose film hits include Shakespeare In Love, The King’s Speech and The English Patient, denies allegations by dozens of women that he sexually assaulted them. The claims started the global #MeToo movement and A-list stars including Angelina Jolie, Gwyneth Paltrow and Cate Blanchett have alleged that they were targeted by Weinstein.

Weinstein injured his back when he swerved to avoid a deer earlier this year. He suffered compressions to the vertebrae in his spine.

Last week, his lawyer Donna Rotunno said: ‘Mr Weinstein’s health has been deteriorating since August when he had the unfortunate accident. He had tried to manage the discomfort, but as the pain got worse and the various different courses of treatment failed to remedy the problem, he began to rely on a cane and a walker.

‘He did not want to appear in court using the assistance of those, for fear of exactly what some media turned it into.’

Weinstein was due to leave hospital last night.