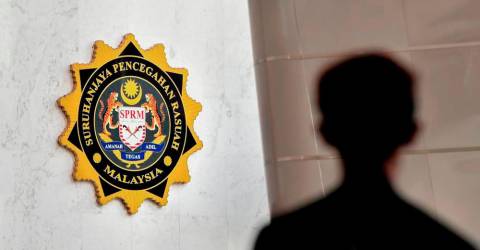 ALOR SETAR: A headmistress of a special needs school in Sungai Petani has been arrested for allegedly abusing her position by purchasing school supplies through her two companies from 2019 to 2021.

A source within the Kedah Malaysian Anti-Corruption Commission (MACC) said the 58-year-old woman was detained at the Sungai Petani MACC office at about 1 pm yesterday after giving her statement.

“The two companies were registered in the names of her two sons, aged 33 and 31. The estimated value of the supplies involved is RM22,646,“ the source said here today, adding that the woman was released on MACC bail of RM10,000 as she had to look after her ailing husband at home.

Kedah MACC director Datuk Shaharom Nizam Abd Manap when contacted confirmed the arrest and said the case was being investigated under Section 23 of the MACC Act 2009. – Bernama