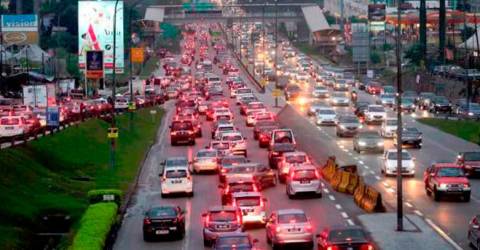 KUALA LUMPUR: The flow of traffic on the country’s main highways is reported to be slow due to the increasing the number of voters travelling home for the 15th general election (GE15), this Saturday.

A spokesman for the Malaysian Highway Authority (LLM) said congestion was reported to be building up this afternoon on the North-South Expressway (Plus) in the north, from Sungai Buloh to Rawang over 10 kilometres (km), Tanjung Malim to Behrang, Sungkai to Bidor, Tapah to Gopeng and Juru Auto City to Perai.

The road leading to the East Coast is reported to be congested starting from the Gombak Toll Plaza to Genting Sempah for 19 km, Bukit Tinggi to Lentang, and the same traffic situation is also reported after Bentong Timur to Karak.

The route heading south from Nilai to Bandar Ainsdale is reported to be slow due to an accident at KM269.0, he said when contacted by Bernama today.

A Bernama survey at the Gombak, Jalan Duta and Sungai Besi toll plazas heading out of the capital, found that the number of vehicles is increasing, causing traffic to slow down.

Prime Minister Datuk Seri Ismail Sabri Yaakob on Nov 14 announced public holidays on Nov 18 and 19 to make it easier for the people to fulfill their voting responsibilities in GE15.-Bernama