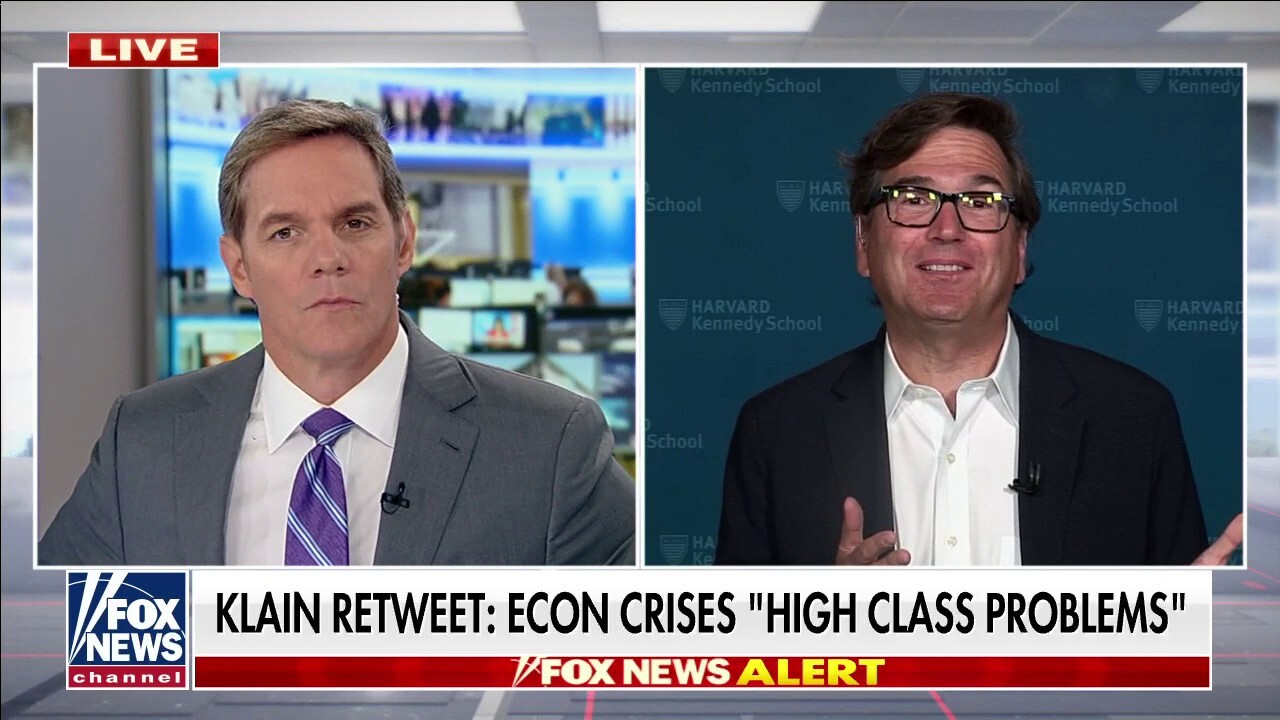 “America’s Newsroom” co-host Bill Hemmer pressed former Obama Economic Council Chair Jason Furman Friday on whether or not he stood by his controversial tweet, where he claimed that inflation and other economic troubles were merely “high-class problems.”

“To paraphrase Jay Leno, what in the hell were you thinking?” asked Hemmer.

Furman responded by first acknowledging that inflation was both a real issue affecting American families and also an issue that “we should do something about.”

However, Furman added there was actually a “good reason” that inflation was occurring. He surmised that falling unemployment, families pocketing more money, and people “buying more things than ever before” were the real culprits for the rate of increase in prices.

“The problem isn’t that our ports stopped working, it’s that people are buying so much stuff that so much is coming through our ports right now. We have record volumes, you know that both have a good side, a bad side, you need to keep both those in your head,” said Furman.

Later in the segment, Hemmer further pressed Furman on the validity of his “high-class problems” comment.

“My guess would be if you were paying two bucks a gallon for gasoline a year ago and now it’s over four bucks—that’s not a high-class problem for anyone. Middle-class America is paying for that.”

Furman doubled down and characterized these signs of inflation as a “good thing.”

“Americans are traveling more than they were a year ago. That’s a good thing,” Furman said, reiterating that Americans are also spending more.

In his final question, Hemmer again circled back and pressed Furman a third time.

“You’re standing by this whole ‘high-class problem’ thing, you haven’t backed away from that in this conversation.”

Again, Furman reiterated the “good” and “bad side,” of increased consumer spending, and restated his claim that inflation was being driven by demand exceeding supply.

Furman, who also serves as Harvard’s Aetna professor of the practice of economic policy, said in the Wednesday tweet that the country would not be faced with these issues if the unemployment rate was still 10%.

He added that if that unemployment rate was still a reality, the country would have “had a much worse problem.”

The tweet garnered attention when Ronald Klain, the White House chief of staff, retweeted the post from the Harvard professor.

GET THE FOX NEWS APP

Conservatives on social media took issue with Klain’s retweet, claiming that he was essentially downplaying the hardships that some Americans are facing.