He arrived here five months ago unelected. To many, he was simply a part-time occupant stubbornly claiming squatters’ rights. Not any more.

Shortly after 3pm yesterday afternoon, the heavy door to 10 Downing Street slowly creaked open and the newly affirmed Prime Minister of the United Kingdom of Great Britain and Northern Ireland emerged to address the nation.

Only 24 hours previously, this chaotic, dishevelled and often exasperating man had been but mere custodian of the world’s most famous address.

Following Thursday evening’s seismic events, which saw his party gain the sort of thumping great majority not seen since the heady days of Thatcherism, Boris Johnson was now truly Lord of the Manor.

The Guv’nor. Master of all he surveys. Barely 12 hours had passed since he had declared victory over the Corbynite red peril, and already he looked a new man. Even his hair looked bouncier, more manageable.

As the PM approached the lectern, a mighty roar could be heard rolling along Whitehall. ‘Go onnnnnnnnnnn Boris!’

Excitable cheers were accompanied by a smattering of applause. What a turnaround from the last time I was here. That was the July day Boris entered Downing Street for the first time as PM after Theresa May was given the boot.

It was a broiling hot afternoon and we couldn’t hear Boris speak, such were the vitriolic yells from the mob gathered at the gates.

Racist; fascist; misogynist… when it comes to insults, Boris’s detractors have thrown the kitchen sink at him, though much good it’s done them. 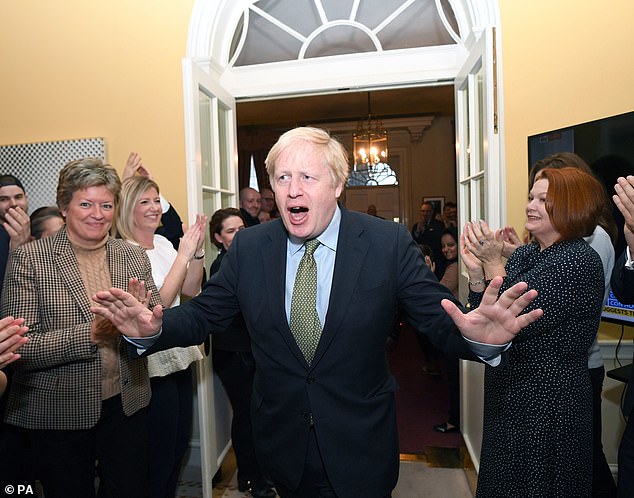 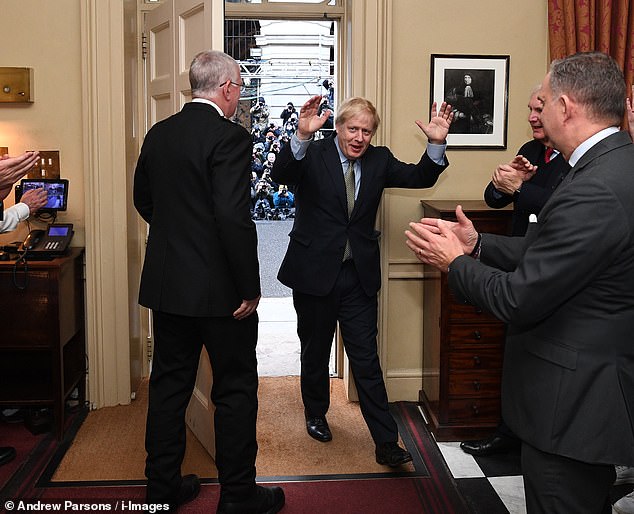 Following Thursday evening’s seismic events, which saw his party gain the sort of thumping great majority not seen since the heady days of Thatcherism, Boris Johnson was now truly Lord of the Manor

Still, in his hour of glory, how part of him must have been tempted to stick it to his critics big time. Instead, he chose, if you’ll forgive the ghastly Americanism, to ‘reach out’. He ‘reached out’ to those who never dreamed they would vote Conservative.

He reached out to ‘those whose pencils may have wavered over the ballot and who heard the voices of their parents and their grandparents whispering anxiously in their ears’.

He ‘reached out’, too, to all those moaning Remainers who’ve abused him relentlessly but who ‘we in this One Nation Conservative government will never ignore’.

He urged that the healing must begin. This was Big Boy rhetoric from an increasingly Big Boy politician. Diplomatic. Conciliatory. Humble.

Opponents have lamely tried to paint Boris as ‘Britain’s Donald Trump’. But does Trump ever seek to bring his opponents into the tent this way? I don’t think so.

That reference to the ghosts of Labour voters of elections past was particularly evocative. 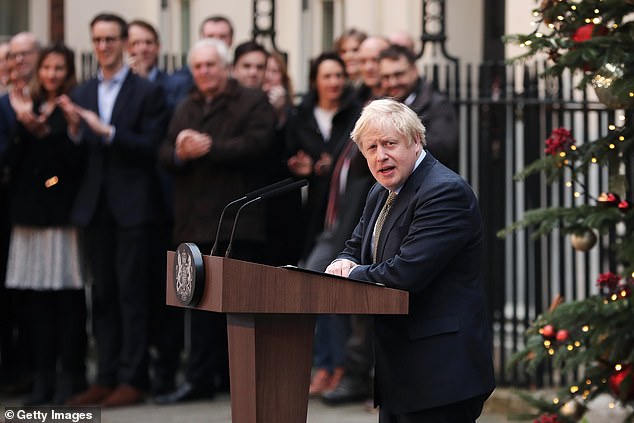 Shortly after 3pm yesterday afternoon, the heavy door to 10 Downing Street slowly creaked open and the newly affirmed Prime Minister of the United Kingdom of Great Britain and Northern Ireland emerged to address the nation

Many, myself included, could simply never envisage voters in Labour’s northern heartlands ever placing their cross next to the name of a Tory candidate. That they ended up doing so was the ultimate proof of Boris’s extraordinary transcendent appeal.

There was gracious mention, too, for the NHS, an issue on which Corbyn threatened to outmanoeuvre him during this campaign.

‘I have heard it loud and clear from every corner of the country that the overwhelming priority of the British people now is that we should focus above all on the NHS,’ he insisted.

As he spoke, the Downing Street Christmas tree shimmered in the chill December breeze. 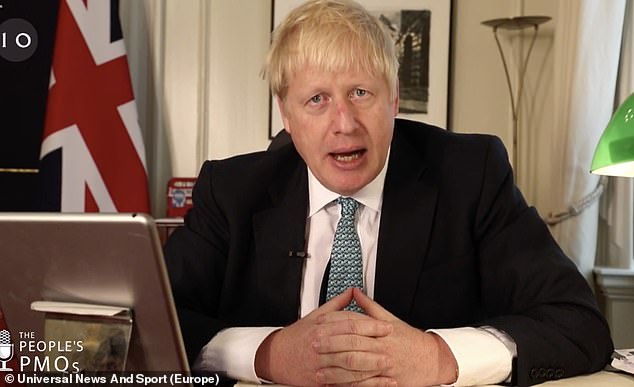 And then we got that much needed injection of hope, a promise to heave the country out from the boggy quagmire we’ve been stuck in these past three years.

‘I want everyone to go about their Christmas preparations happy and secure in the knowledge that here in this People’s Government the work is now being stepped up, to make 2020 a year of prosperity and growth and hope, and to deliver a Parliament that works for the people,’ Boris said.

As he finished, he turned back in through that famous Georgian portico and held his leather folder aloft in an endearingly goofy Churchillian pose for the camera. Cheers once more echoed from the street outside.

The late great cricket writer Sir Neville Cardus once observed that there were ‘no rations’ with Sir Denis Compton, his point being that when witnessing the legendary batsman’s elegant stroke play, all the miseries of post-war England simply melted away.

At the risk of sounding syrupy, is there not an element of that about Boris Johnson?

For he is that rare beast, a politician who can make you believe that good times really are just around the corner.

It was Friday, of course, and Christmas time to boot. Or maybe it was just that I felt a tad emotional after covering this six-week slog of electioneering.

But this might just be the most eloquent and beautifully measured speech from a British Prime Minister that I’ve ever heard.