By Chris Foy for the Daily Mail

Henry Slade savoured Exeter’s Heineken Champions Cup triumph in Bristol on Saturday as a means of moving on from past ordeals in finals with club and country — from Twickenham to Yokohama.

The Chiefs’ 27-year-old England centre scored the second-half try which gave his side enough of an advantage to hang on for victory over Racing 92 in a pulsating encounter at Ashton Gate.

Slade has been a home-grown fixture in the Devon club’s emergence as a force in domestic and European rugby, and he recognised that their continental triumph meant so much more because of the pain from before.

It is almost exactly 12 months since he and Test team-mates were left shattered by a 32-12 defeat at the hands of South Africa on the grandest stage of all.

‘It’s been an unreal year,’ said Slade. ‘The World Cup final was an unbelievable experience but also a massive disappointment. I was just thinking yesterday that winning this would make me feel way better.

‘This is the next best thing. Winning this is unbelievable. I remember being a teenager watching this competition and wanting to be in it one day. ‘To have the chance to go and win it is such a special feeling.’ 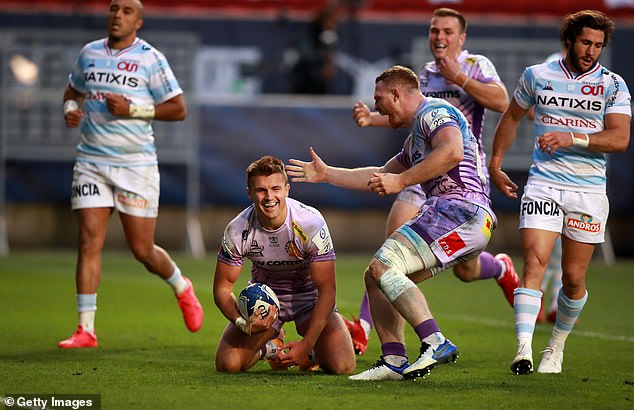 From an Exeter perspective, the last decade of progress has been punctuated by agonising near-misses, notably in the 2016, 2018 and 2019 Premiership Finals – all of which ended in defeat by Saracens.

The fact the Chiefs later discovered that their conquerors had been in breach of the salary cap during that period added to a sense of anguish.

‘This is such a good feeling,’ said Slade. ‘We’ve been through the mill a bit. We’ve had so much disappointment in finals in the last few years, so to do this now is unbelievable. 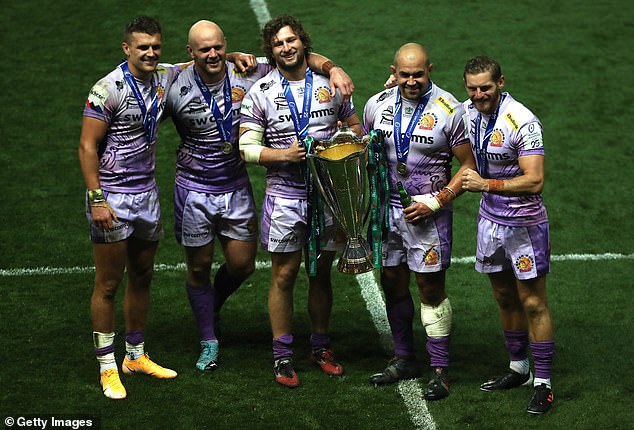 ‘It’s put us in a really good position. We feel really confident whenever we take the field. Hopefully we can push on from here.’

This was a team who had endured enough agony in finals.

As Slade said, they had learned what was needed and they made it happen.