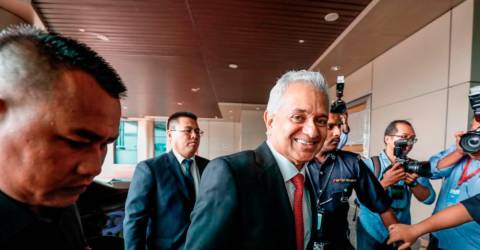 This was after High Court judge Datuk Ahmad Bache allowed Thomas’s application to strike out the suit stating that the former prime minister’s legal action was a disgrace, frivolous and an abuse of the court process, NST reports.

The former prime minister is seeking RM1.9 million in damages and a declaration that Thomas had committed misfeasance in public office.