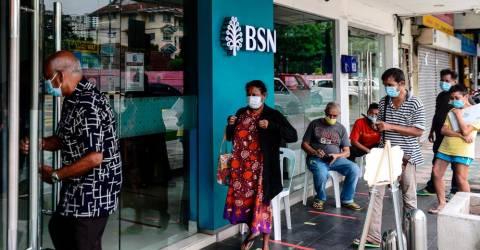 SOME borrowers have received bank notices over a hike in monthly loan payments.

Mohamad Azrul Ala Zulkafli said he received the notice of adjustment in the base rate for motor finance on May 18.

In May of last year, Bank Negara Malaysia increased the overnight policy rate (OPR) from 1.75 per cent to 2 per cent or by 25 basis points. The central bank is expected to increase the OPR by another 25 basis points to 2.25 per cent.

Mohd Saiful Baharom Shah, a teacher said his car instalment will increase to about RM20 per month.

According to 51-year-old Jaspal Singh, a former journalist said he received a bank notice on May 27, with an increase in base loan rate. He will be paying an additional RM193 monthly for his home to RM1,077 monthly.