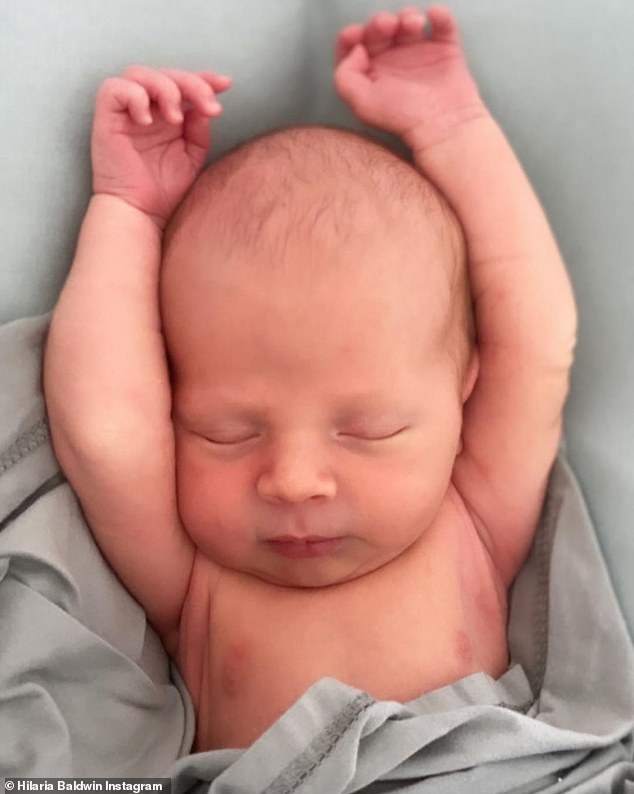 Hilaria Baldwin gushes about newborn son Edu as she posts cute snap of her ‘tiny angel’ and reflects on past miscarriage heartache: ‘I’m so grateful for you’

By Heather Waugh For Dailymail.com

Hilaria Baldwin was counting her blessings on Friday as she shared an adorable snap of newborn son Eduardo.

Taking to Instagram, the 36-year-old wife of Alec Baldwin expressed her gratitude for her youngest child’s safe arrival as she reflected on the heartache she suffered last year.

‘You are loved Edu Pau . I’m so grateful for you and for the experience of a healthy pregnancy. The heartache I experienced last year was beyond overwhelming. I don’t think the pain of loss ever goes away, but this tiny angel sure brings light and peace into our lives after such a rocky storm.’ she wrote.

‘Tiny angel’: Hilaria Baldwin shared this cute snap of newborn son Eduardo on Friday as she expressed her gratitude for his safe arrival

She continued, ‘Do you ever look at your children and say: I’m glad it was you, and you in particular, who came into my life? True soulmates.’

The yogi fanatic then went on to thank her medical team.

‘Thank you @nyphospital and your team of amazing nurses and doctors for yet another wonderful experience, meeting my baby inside your walls. Especially now, during Covid, I felt we were safe, and well taken care of. Doina, Sheila, Stephanie, Lisa—you know’ 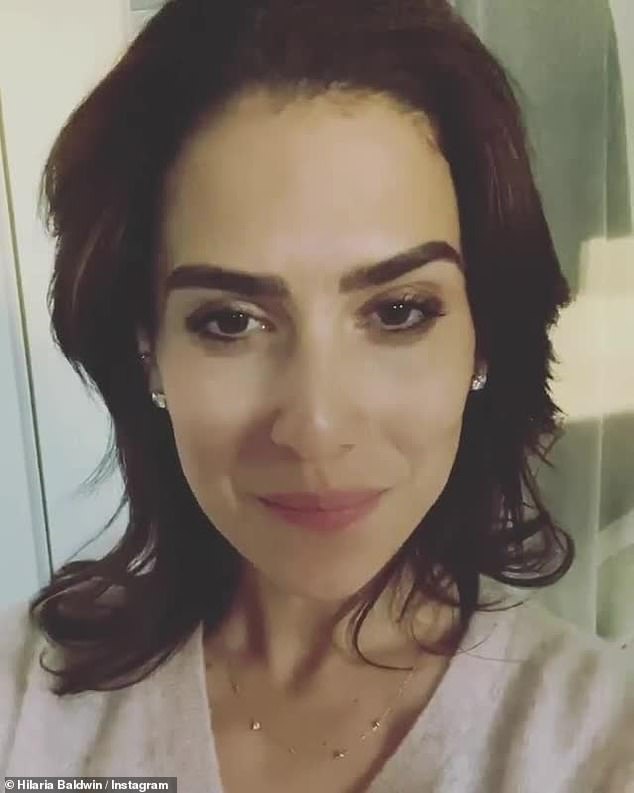 Rainbow baby: The 26-year-old wife talked about her miscarriage heartache after losing two pregnancies in 2019

In April 2019 Hilaria revealed on Instagram that she was ‘likely experiencing a miscarriage’ before later confirming the sad news.

Then in September that year she announced she was pregnant again.

‘It is still very early … but we have learned that there is a little person inside of me,’ she wrote at the time. ‘The sound of this strong heart makes me so happy – especially because of the loss we experienced in the spring,’ 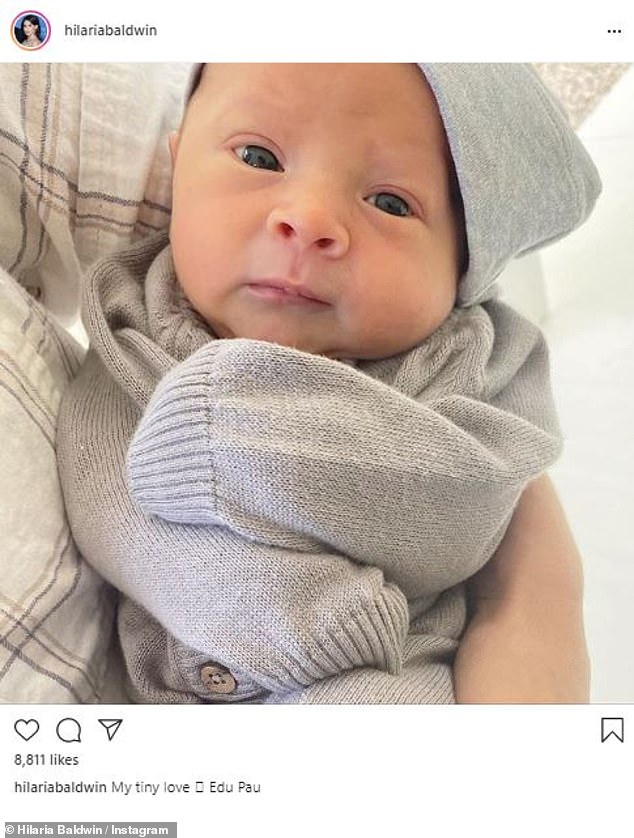 Healthy baby boy: Hilaria was happy to have a healthy pregnancy after losing a baby girl at 4 months in November 2019

Months later, in November, Hilaria broke the devastating news that she had suffered a miscarriage at four months. She had been expecting a baby girl.

‘We are very sad to share that today we learned that our baby passed away at four months,’ she wrote.

‘We also want you to know that even though we are not ok right now, we will be. We are so lucky with our four healthy babies and we will never lose sight of this.

‘I’m really devastated right now…I was not expecting this when I went to my scan today,’ Hilaria added.

‘I don’t know what else to say…I’m still in shock and don’t have this all quite clear.’ 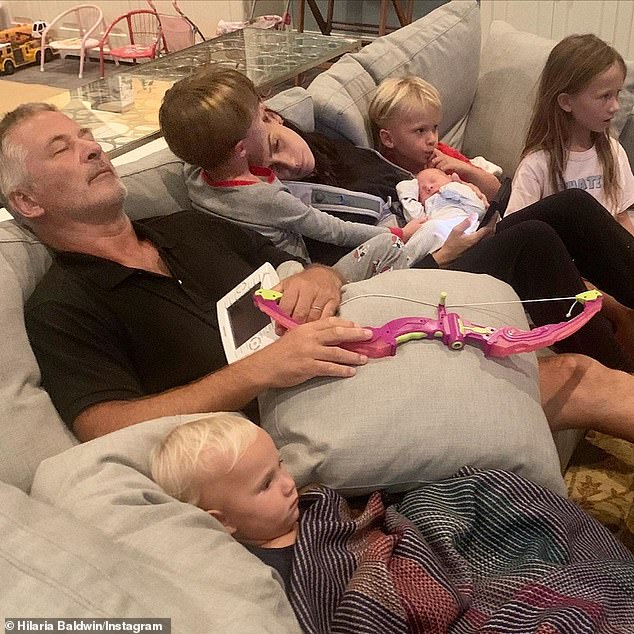 Quiet time: The couple are seen cuddling up with their five children shortly after bringing Edu home from the hospital