Not one for the wedding album! Hilarious moment groomsmen slip over on marble floor as they try to achieve the perfect snap

By Nicole Conner For Mailonline

This is the hilarious moment a group of groomsmen failed spectacularly at achieving the perfect wedding snap.

The group were trying to take a candid mid-action snap, but the marble flooring proved to be slippery, causing two groomsmen to fall. 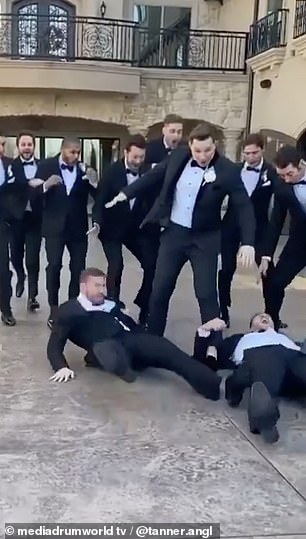 Footage show nine groomsmen running towards the groom Josh Williams, 29, as they try to take a candid mid-action snap, but two fell on the slippery marble flooring

They ran towards their friend, who was standing with his back to them, to take the pictures to celebrate his big day.

The groom beams with pride as his group of friends cheer while they make their way across the marble flooring to get the perfect shot.

But groomsman Nathan Williams, 29, loses his footing on the slippery floor and falls on his back.

He narrowly avoids knocking the groom down as he lands on the ground, hitting his head when he does. 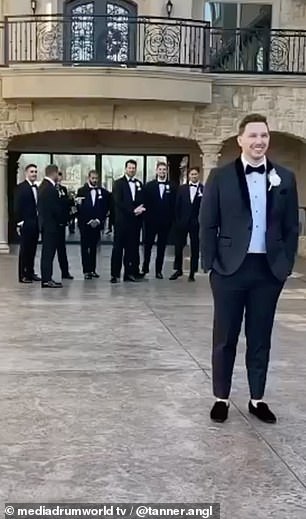 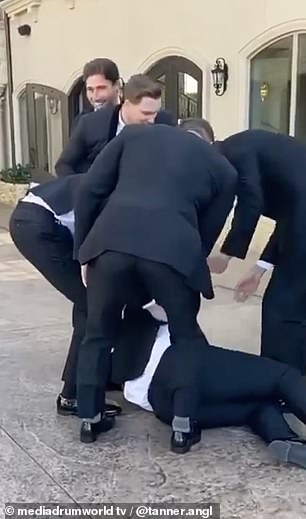 The group ran towards their friend, who was standing with his back to them, to take the pictures, before groomsman Nathan Williams, 29, falls and hits his head

Another of the nine men, Tanner Anglin, 29, also slips and his legs fly from under him as he lands on his back, but lies down laughing at the embarrassing gaff.

The footage was captured at the wedding of dental student Josh and his new wife Rebekah, in December 2020.

It ends with one groomsman still lying down as the others crowd him to make sure he isn’t hurt. 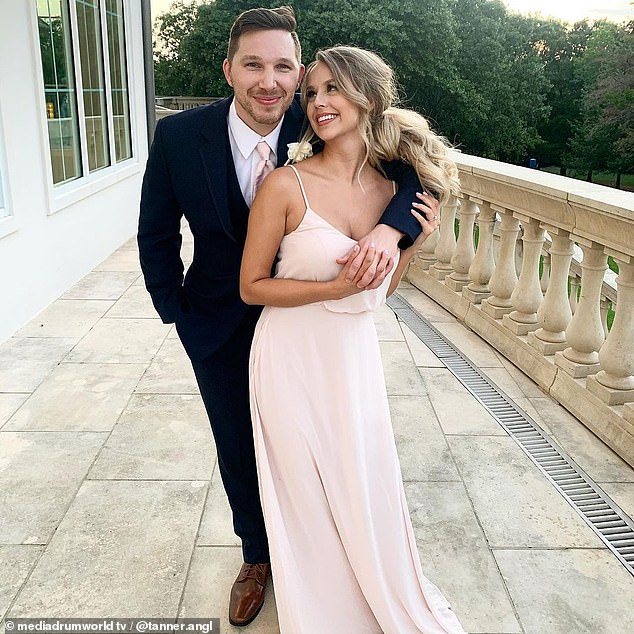 The footage was captured at the wedding of dental student Josh Williams and his new wife Rebekah, pictured, in December 2020

Tanner said: ‘We were trying to get a great action shot of all of the guys surprising Josh but it didn’t exactly go to plan,’

‘Looking back, it probably wasn’t the wisest idea to be running on a slippery floor in polished smart shoes.

‘I think the floor must’ve recently been cleaned because it was like an ice rink in the patch behind Josh.’

He added that the fall was ’embarrassing but also immediately hilarious’.

He said: I don’t take myself too seriously and it didn’t hurt too much so I was happy to laugh it off.

‘There was some concern for Nathan though as he hit his head pretty hard but luckily he was okay. He felt it for sure, but he’ll live.’