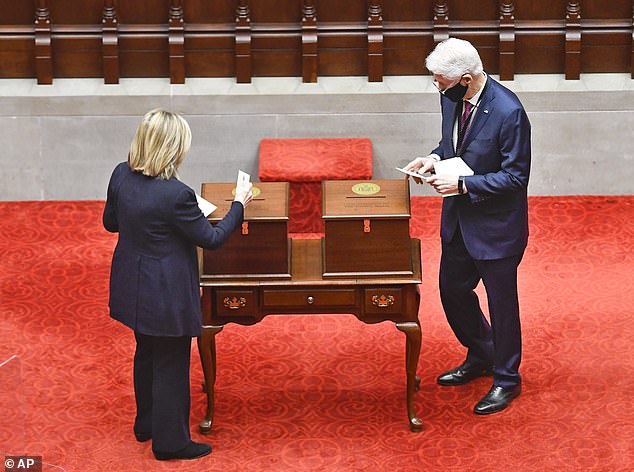 By Rachael Bunyan For Mailonline

Hillary Clinton has renewed calls for the abolishment of the Electoral College after casting her vote to confirm Joe Biden as US President-elect.

She said it was time for the winner of the US presidential elections to be determined by popular vote instead.

Democrats were outraged in 2016 when Clinton won the popular vote by three million votes, but didn’t clinch the election because Trump won the Electoral College. He earned 304 Electoral College votes and she won 227. 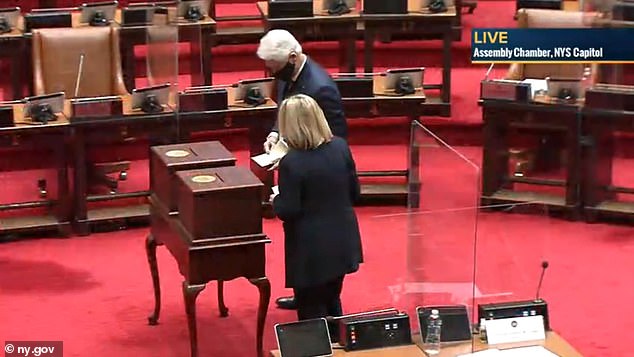 Symbolic moment: Hillary Clinton and her husband Bill were both electors in New York state, traveling to Albany to cast their ballots for Joe Biden as the Electoral College confirmed his victory 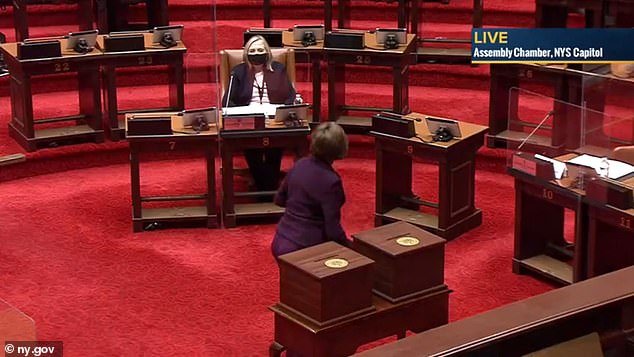 ‘I believe we should abolish the Electoral College and select our president by the winner of the popular vote, same as every other office,’ Clinton said on Monday.

‘But while it still exists, I was proud to cast my vote in New York for Joe Biden and Kamala Harris.’

The former secretary of state made her latest plea after casting her electoral vote with Bill Clinton to confirm President-elect Biden’s defeat of Trump on Monday in New York’s capital in Albany.

A total of 538 electors in all 50 states and the District of Colombia met to formalise the Democrat’s victory in last month’s election, 302 of them for Biden and 232 for Trump. 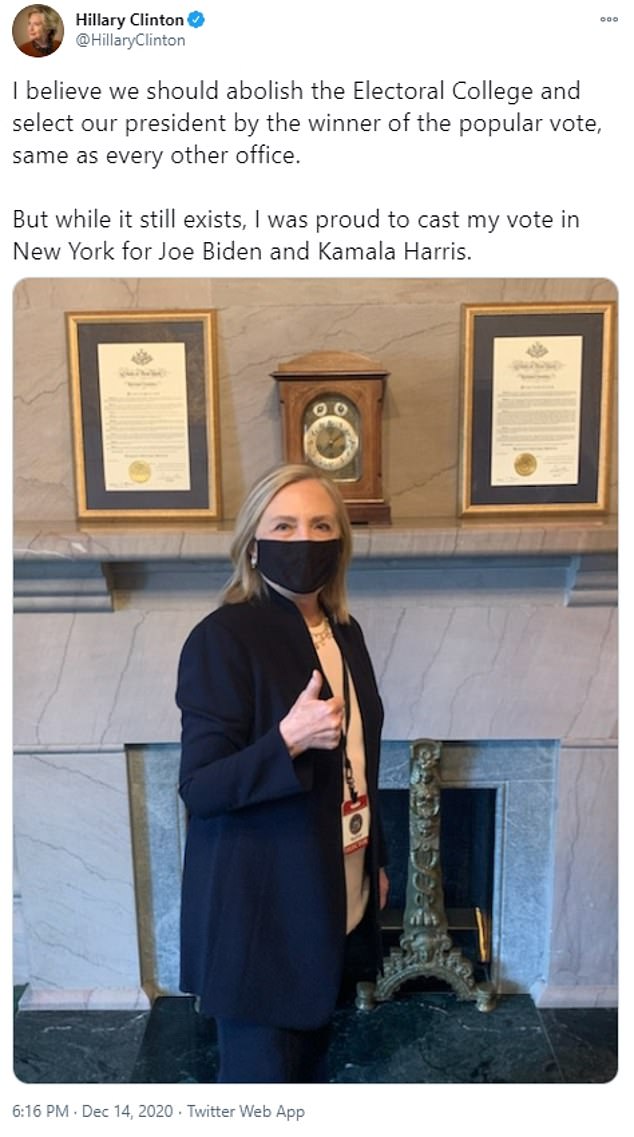 President Trump took to Twitter that day and said: ‘Crooked Hillary Clinton blames everybody (and every thing) but herself for her election loss. She lost the debates and lost her direction!’ 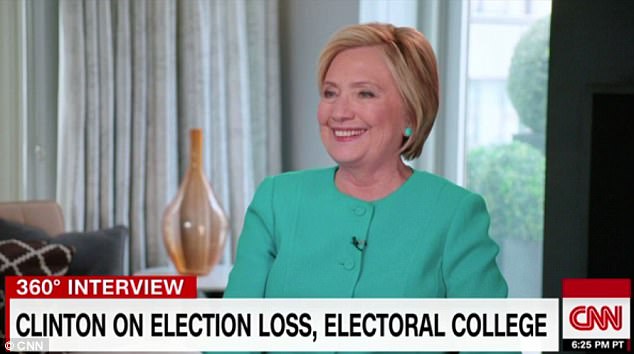 ‘I think it needs to be eliminated’: Hillary Clinton said it was time for the US to change how it elects presidents in 2017

Under the Electoral College system, each state is given a certain amount of electoral votes, depending on their population. It means that a populous state like California has 55 electoral votes while a small state like North Dakota has just three.

In 48 states, electors must cast a vote for the candidate who wins the state’s popular vote. So even if the votes are split nearly 50-50, as was the case in Florida in 2016, Trump still won all 29 of the states electoral votes because he won the popular vote by a thin margin.

Maine and Nebraska are the exceptions to the rule, giving out electoral votes to each candidate proportionally, based on the results of the popular vote.