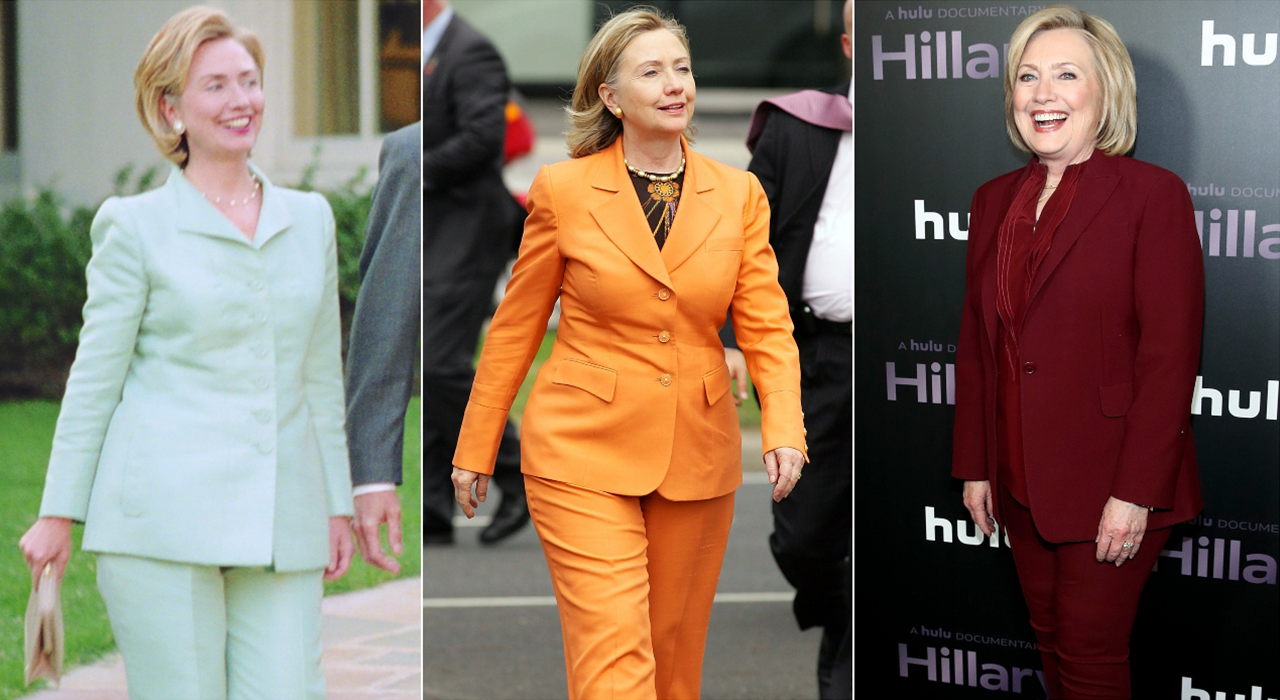 Hillary Clinton revealed the reason she wears the pantsuits that have become synonymous with her name.

In an interview with “CBS Evening News” anchor Nora O’Donnell, Clinton blamed “suggestive” photos taken by the press up her skirt during a state visit to Brazil decades ago in 1995.

“I was sitting on a couch, and the press was let in. There were a bunch of them shooting up,” Clinton told O’Donnell from across a table at New York City’s famous Katz’s Delicatessen. “All of a sudden the White House gets alerted to these billboards that show me sitting down with, I thought, my legs together. But the way it’s shot, it’s sort of suggestive. And then I also begin to have the experience of having photographers all the time – I’d be on a stage, I’d be climbing stairs, and they’d be below me.”

“It’s so creepy, Nora,” Clinton’s daughter, Chelsea, who was sitting next to her mother, interjected.

First Lady Hillary Clinton waits for her husband outside the White House on their way to a Democratic Business Leaders event, the day after Special Prosecutor Kenneth Starr sent his report of impeachable offenses to Congress, in Washington, DC, on Sept. 10, 1998.
(David Hume Kennerly/Getty Images)

“I couldn’t deal with it, so I started wearing pants,” Hillary Clinton said.

The segment showed archive newspaper clippings with headlines such as, “Hillary Clinton is ‘star’ of Brazilian lingerie ad” and “First lady of lingerie: Hillary Clinton,” explaining that the photos of the then-first lady of the United States were used in an advertisement for Brazil’s Duloren lingerie company.

Hillary and Chelsea Clinton sat for the interview with O’Donnell to promote their new Apple TV plus series titled “Gutsy” featuring stories of the world’s “boldest and bravest women.”

Danielle Wallace is a reporter for Fox News Digital covering politics, crime, police and more. Story tips can be sent to [email protected] and on Twitter: @danimwallace.