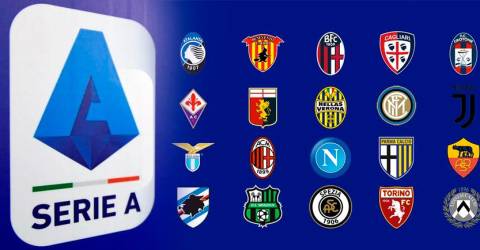 ROME: October 16 has been circled in Inter Milan coach Simone Inzaghi’s calendar for months. It is the day he will face his former club Lazio as an opposing manager for the first time.

The 45-year-old ended his 22-year affiliation with the Roman club in the close season after winning trophies there as a player, youth team coach and first team manager.

He led the club to Coppa Italia glory, two Italian Super Cups and the knockout stage of the Champions League during five years in charge, although the manner of his exit proved painful.

Inzaghi called it “one of the most complicated decisions of my life”, but some fans felt betrayed at his decision to turn down a contract extension in favour of succeeding Antonio Conte at Inter.

Following his departure, Inzaghi vowed to the Lazio fans: “I will come under the Curva Nord to greet you all. I do not mind if there are whistles or applause, I will accept anything.”

A choreography is planned to celebrate Inzaghi’s homecoming, but opinions are divided among fans about how to respond.

The Inter coach knows the Lazio players extremely well, having formed a strong bond with the squad before he left to be replaced by Maurizio Sarri.

“Inzaghi was a friend, a father to all of us,” Lazio midfielder Luis Alberto said.

Lazio’s struggles to adapt from Inzaghi to Sarri’s style of play were laid bare before the international break with a 3-0 defeat at Bologna.

But wins over AS Roma and Lokomotiv Moscow before that setback hinted that progress is slowly being made.

“Sarri has a different personality (to Inzaghi), stronger,” Alberto said.

“He has a beautiful idea of the game, which we saw (in his spells) at Napoli and Empoli. I think in two or three months, Lazio will be very entertaining.”

Sarri is looking to become the first coach to beat Inter this season, and close the gap between the Romans in sixth and the third-placed champions to three points.

Inzaghi may have to be inventive with his team selection as Argentina strikers Lautaro Martinez and Joaquin Correa – the latter also returning to Lazio for the first time since a close-season move – are doubts as they do not return from the international break until late on Friday.

There is another intriguing managerial match-up on Sunday when AS Roma manager Jose Mourinho takes his side to Turin to face Massimiliano Allegri’s Juventus.

Juve bounced back from a poor start to the season with three league wins in a row before the break, and they would move one point behind fourth-placed Roma with a win.

The capital club started superbly under Mourinho but hit a more inconsistent run recently, with two wins and two defeats in their last four games.