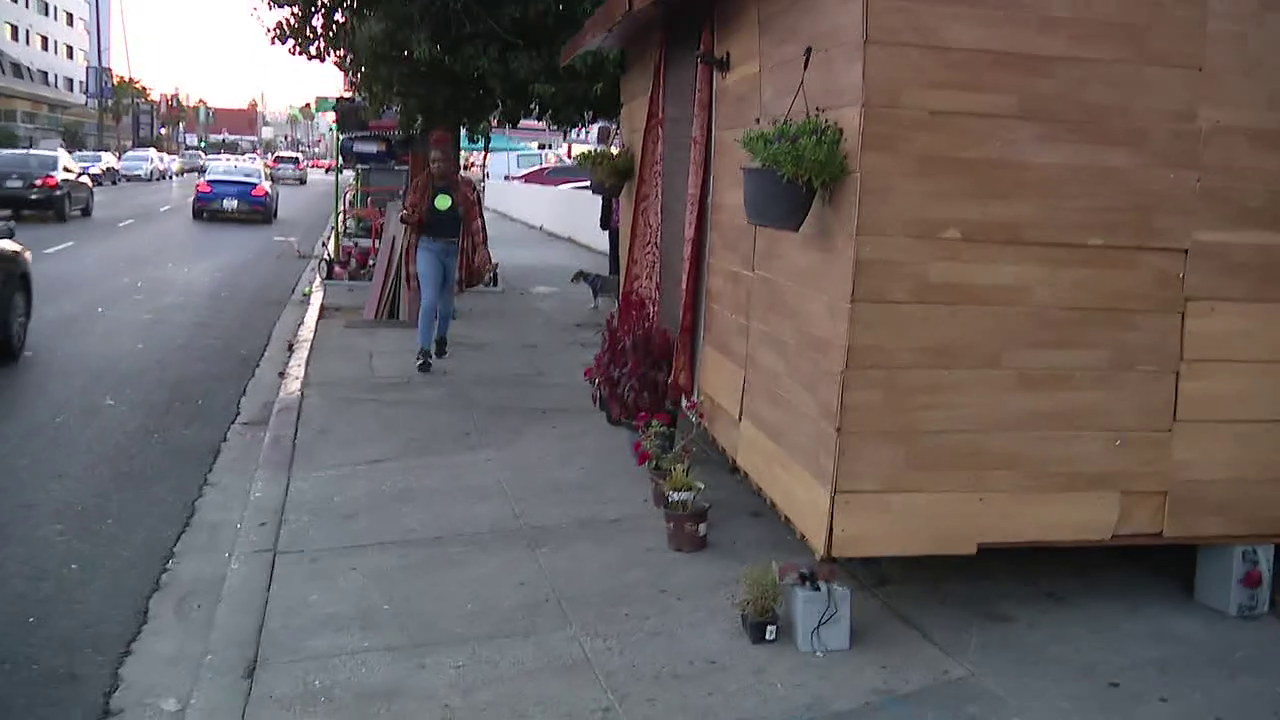 A homeless man in Los Angeles has built a small wooden house with wheels on busy Hollywood Boulevard amid frustrations with the city asking him to take down his tent.

The man, who goes by “Q,” told Fox Los Angeles he constructed a house on wheels using wood tossed away from construction sites and help from friends.

He was offered temporary housing from the city but declined, saying he prefers a makeshift home over a temporary stay at a hotel.

“It kind of gives me empowerment,” he said. “I don’t think that I’m bothering anyone here.”

A homeless man has constructed a wood home in the middle of a sidewalk on Hollywood Boulevard in Los Angeles.
(KTTV)

The home is propped up by metal carts and batteries with potted plants and a tapestry on the outside. He said he uses a generator placed on the outside of the home for his electrical needs.

“I feel good,” Q said. “I feel like I’m, you know, kind of being an example for people that’s in my situation. Letting them know that just because you are living on the streets doesn’t mean that you have to just let go of everything.”

A homeless man who calls himself “Q” speaks to local media asking about a small wooden home he constructed on a sidewalk.
(KTTV)

Fox News has reached out to the Los Angeles Police Department and city leaders. Police told Fox Los Angeles they cannot do anything about the situation unless someone is blocking a sidewalk, active driveway or business.

“He hasn’t bothered anyone, and honestly I’m glad that it’s right there because I honestly feel safer with him there,” Rance Shaw of City Vibes Coffee told the station. “It feels like he knows what he’s doing, and he’s not here to hurt anyone.”

Q told the news outlet he’s from the Midwest, is an Army veteran and has been in Los Angeles for three months.

He said he plans to move the home with a dolly on Friday.

The front of a makeshift home on Los Angeles.
(KTTV)

Homelessness in Los Angeles County has been a top issue for residents and lawmakers for years. In the city of Los Angeles, 41,980 people were classified as being homeless, while countywide, 69,144 homeless were counted, according to figures released in September.