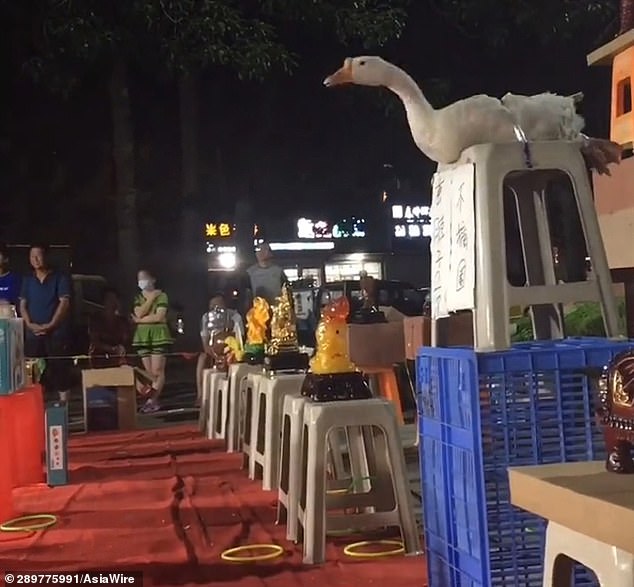 A fairground game in which people aim to throw hoops around the neck of a goose tied down to a stool has been condemned by animal rights campaigners.

Bizarre footage from the funfair in Yantai in eastern China‘s Shandong province shows a white goose strapped down to a stool precariously balanced on plastic crates.

Punters are encouraged to throw plastic hoops at the helpless bird, with prizes on offer should they manage to get one of the hoops its neck.

The footage recorded at the funfair last month shows fairgoers launching ring after ring at the animal, which ducks and moves its head frantically to avoid being hit by the oncoming objects.

Elisa Allen, a programme director at the animal welfare organisation People for the Ethical Treatment of Animals (PETA) strongly condemned the incident.

‘These videos of fairgoers throwing objects at helpless geese show that, regrettably, there are still people who see animals as commodities whose fears and feelings are of no consequence.’

She added: ‘Geese are intelligent, sensitive birds who deserve to be respected as individuals, not as the sum of their body parts or as amusement.

‘PETA Asia is pushing for stronger animal welfare legislation in China while working to change public attitudes towards our fellow animals.

‘We remind everyone that the best way to help animals is by never eating or wearing them and always speaking out whenever you see them being abused.’ 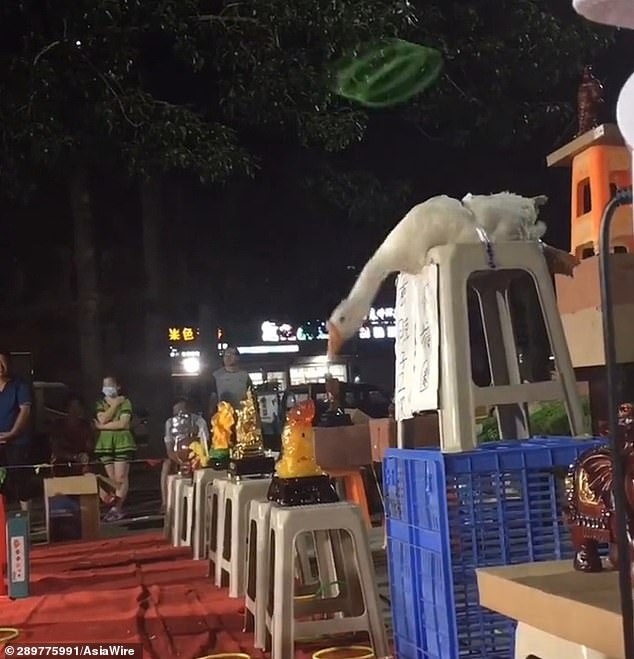 The goose moves its neck to avoid the hoop thrown at it in Yantai, Shandong 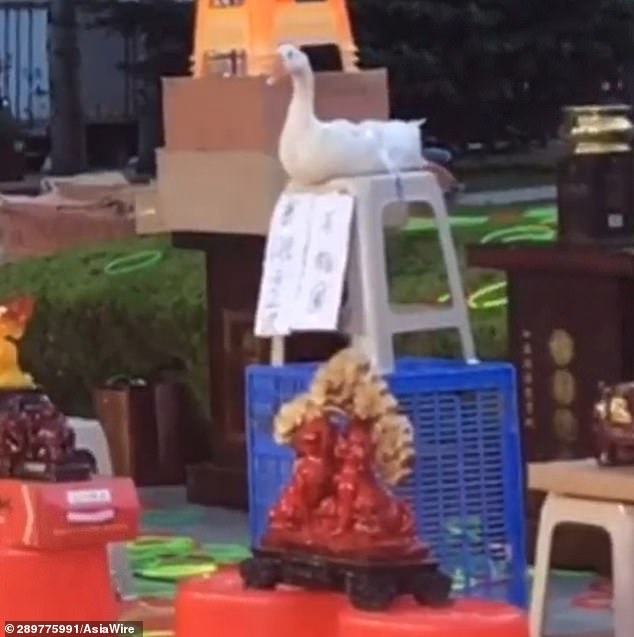 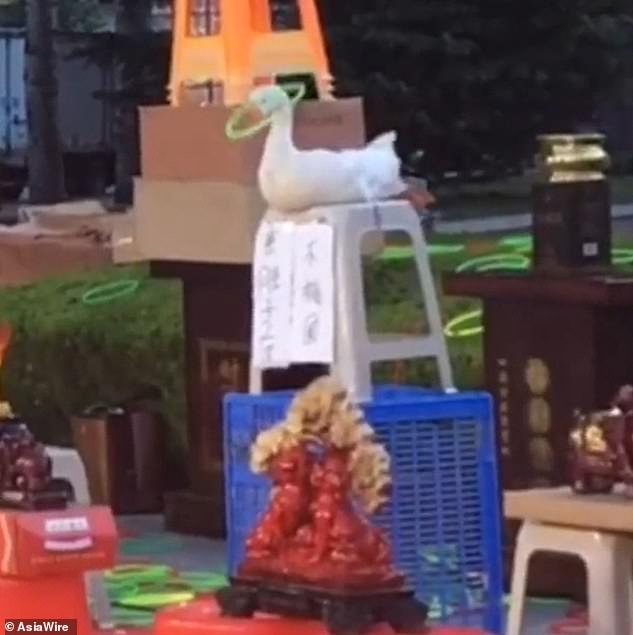