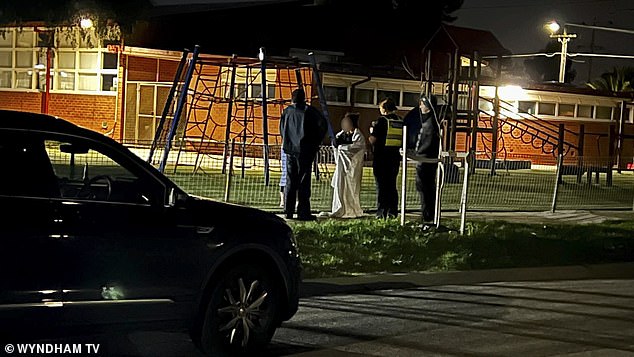 Primary student, 10, was trapped after she fell asleep inside a school until 7pm before alerting emergency services by calling triple zero

A 10-year-old girl had to be plucked from a locked school after-hours by emergency services after she fell asleep in a classroom.

The student woke up before 7pm on Monday at the Mossfiel Primary School, Hoppers Crossing in Melbourne, Wyndham TV said.

She found herself in the class on her own and was able to leave the room but couldn’t get out of the school – so she called triple zero.

The 10-year-old girl woke up after school hours to find she was locked in the premises – and called triple zero (pictured, a girl standing next to emergency services at the school) 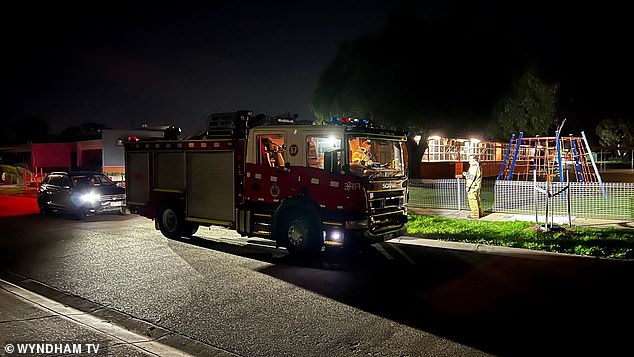 Fire Rescue Victoria said students helped rescuers find the girl before she was freed and given a blanket.

Victoria Police arrived after it got a call to do a welfare check on the girl.

‘Emergency services responded and located the girl uninjured and she was reunited with her family,’ a police statement said.

Her mother came to the scene to take her home.

A Victorian Department of Education and Training spokesperson said the health and wellbeing of all students is their top priority.

‘An incident at a primary school last night is being investigated to determine the circumstances,’ a spokesperson told Daily Mail Australia. 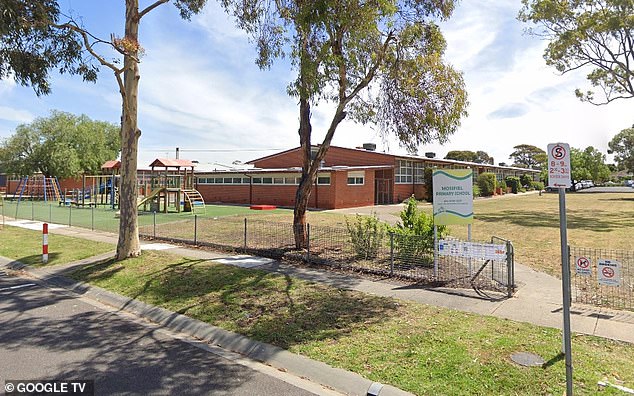 A Victorian Department of Education and Training spokesperson told Daily Mail Australia the health and wellbeing of all students is their top priority (pictured, the Mossfiel Primary School)