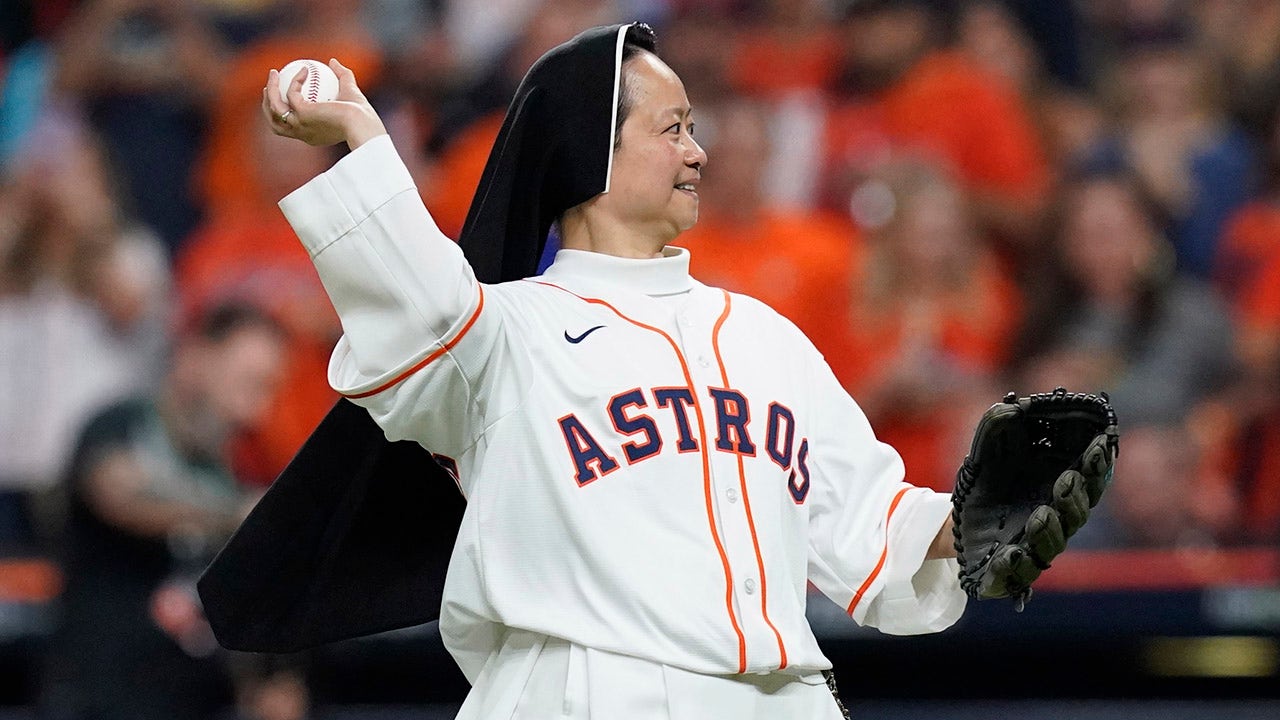 The Houston Astros may have had some divine intervention during their Game 6 American League Championship Series victory over the Boston Red Sox on Friday night.

She then pointed to her wrist, asking the Astros faithful what time it was. Obviously, it was time to send the Red Sox packing.

Oct 22, 2021; Houston, Texas, USA; A nun throws out the first pitch of game six during the 2021 ALCS between the Boston Red Sox and the Houston Astros at Minute Maid Park.
(Thomas Shea-USA TODAY Sports)

Jim McIngvale, known as “Mattress Mack,” who routinely bets a large chunk of change on the Astros during their playoff runs, invited about 60 nuns from the Dominican Sisters of Mary Immaculate Province in Houston, according to the Houston Chronicle.

“I want to thank all the coaches at my school and all the students who showed me the mechanics of how to make the correct throw,” Sister Mary Catherine said.

Of the Carlos Correa imitation when she pointed to her wrist, she said: “I did that because this is the Astros’ time. This is our time; this is it.”

Yordan Alvarez was 4-for-4 with an RBI in the game and Kyle Tucker hit a late three-run homer to help the Astros clinch a spot in the World Series. Alvarez was named ALCS MVP.