How Boris Johnson smashed down the Red Wall: Seat by seat, the swings that took the North by storm and secured a Conservative majority

By John Stevens Deputy Political Editor For The Daily Mail

Boris Johnson’s path to victory came after he tore through Labour’s ‘Red Wall’, snatching seats that had never voted Conservative before.

The Prime Minister will today visit some of the Leave-backing constituencies in the North of England, Midlands and Wales that turned blue for the first time.

In Rother Valley, the South Yorkshire seat held by Labour since 1918, the Tories overturned a 3,882 majority to win by 6,318 votes. Bassetlaw in Nottinghamshire was taken following a huge 18.4 per cent swing from Labour to the Tories – the biggest change of the night.

Boris Johnson (pictured arriving back at Number 10 on December 13) tore through Labour’s Red Wall and snatched the party’s seats held for decades. The Tories overturned 2,882 majority in Rother Valley held by Labour since 1918

Lord Mann, who stepped down at the election after 18 years as the seat’s Labour MP, yesterday said the party ‘might as well not exist’ if it does not learn from the result – its worst since 1935.

In a remarkable series of symbolic defeats, Labour lost decades-old strongholds such as Wakefield, Newcastle-under-Lyme, Wrexham, Scunthorpe and Great Grimsby.

Labour veteran Dennis Skinner lost his Bolsover seat after 49 years as MP for the Derbyshire constituency. Before the loss, the 87-year-old was set to become the new Father of the House – the longest serving MP – following Ken Clarke’s decision to step down at the election. 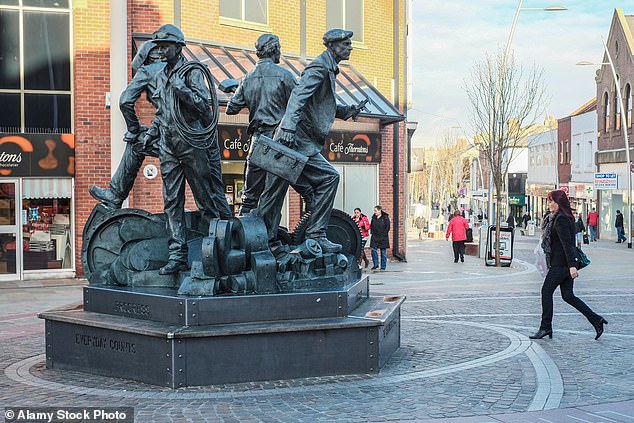 On the steps of 10 Downing Street last night, the Prime Minister said he was ‘proud’ his party’s cohort of new MPs included those ‘from constituencies that have never returned a Conservative MP for 100 years’.

He then thanked first-time voters and those ‘whose pencils may have wavered over the ballot’ before pledging to work around the clock ‘to repay your trust and to deliver on your priorities’.

Former Labour minister Caroline Flint, who was defeated in Don Valley after 22 years as the constituency’s MP, blamed Jeremy Corbyn’s unpopularity and his plan to hold a second Brexit referendum. Her seat had been held by Labour since 1922. 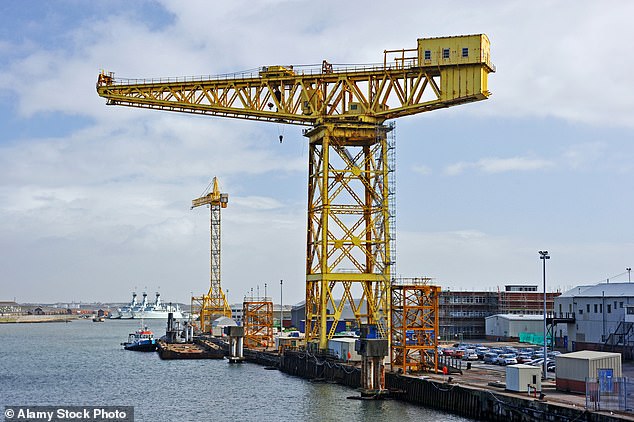 While the Tories overturned a majority in ‘safe’ spots like Barrow (pictured), Labour veteran Dennis Skinner lost his Bolsover seat after 49 years as MP for the Derbyshire constituency to them

Other supposedly ‘rock-solid’ Labour seats which turned blue for the first time included Sedgefield, the Durham constituency Tony Blair held with a majority of more than 25,000 when he was elected prime minister in 1997.

The Tories won there by more than 4,500 votes. Labour shadow minister Laura Pidcock, who was touted as a possible successor to Mr Corbyn, was ousted by the Tories in North West Durham after they overturned her 8,792 majority – with a swing of 10.4 per cent.

In Wales, the Conservative party took Delyn, Vale of Clwyd, Ynys Mon and Bridgend from Labour.

Net gains: The Tories took ‘safe’ Labour seats across the North, from Durham, above, to Barrow-in-Furness in Cumbria, centre and right