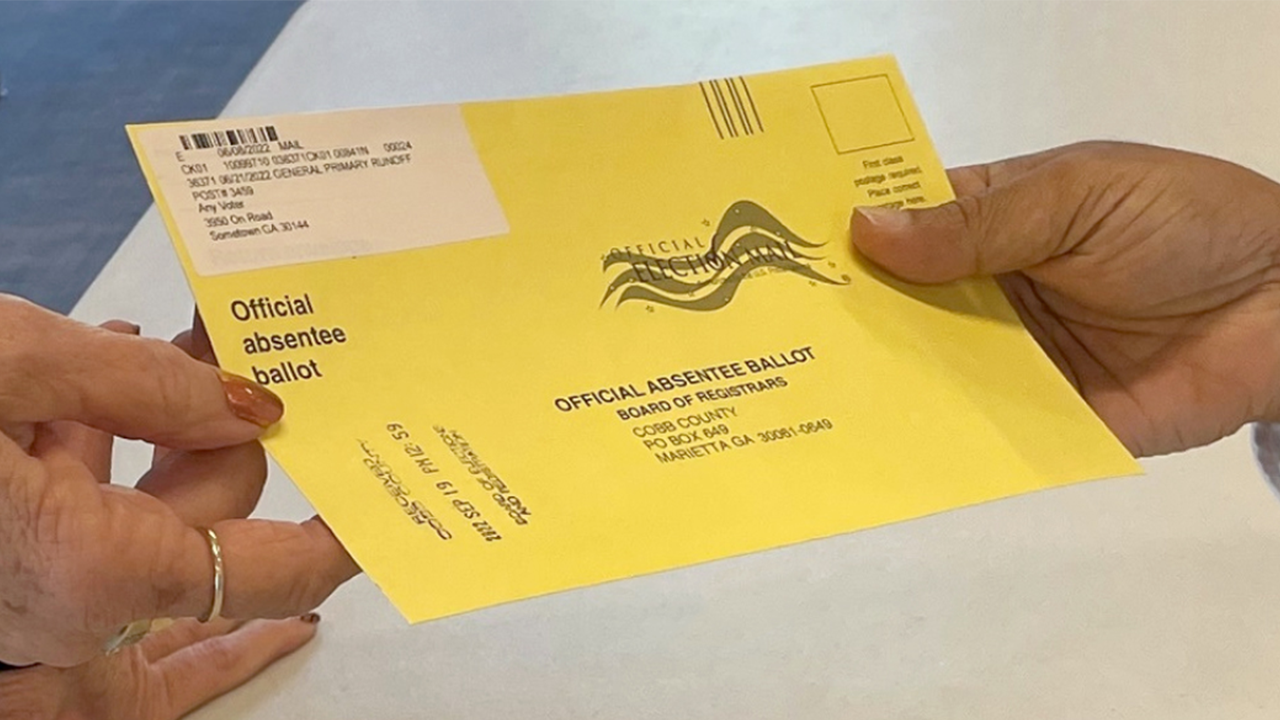 Elections and Registrations Director Janine Eveler attributed the situation to human error, with new staff not following procedures to ensure ballots were mailed.

“I am very disappointed that we have placed these voters in a position where they may not have an opportunity to cast their ballots in this general election,” Cobb County’s Board of Elections Chair Tori Silas said in a press release.

Elections officials will be attempting to contact voters by email or phone to inform them of the situation and to direct them to their Election Day polling place.

To further remedy the mishap, staff overnighted absentee ballots to 83 out-of-state addresses and included pre-paid overnight return envelopes. They had already overnighted ballots to 194 residents from that group who had requested ballots.

A worker at the Fulton County Board of Registration and Elections works to process absentee ballots at the State Farm Arena Monday, in Atlanta.
(AP Photo/John Bazemore)

“With only 3 days until election day, we are constrained in what we can do. That being the case, we are taking every possible step, notwithstanding those constraints, to ensure these voters have an opportunity to cast their ballots.” Silas added. “Following this election, I will join other members of the board of elections to oversee a review of the absentee ballot process and work with Ms. Eveler and her staff to improve the county’s absentee ballot process to reduce the likelihood of this type of error occurring in the future.”

Sarah Rumpf is a Fox News Digital Production Assistant. You can reach her on Twitter at @rumpfsarahc