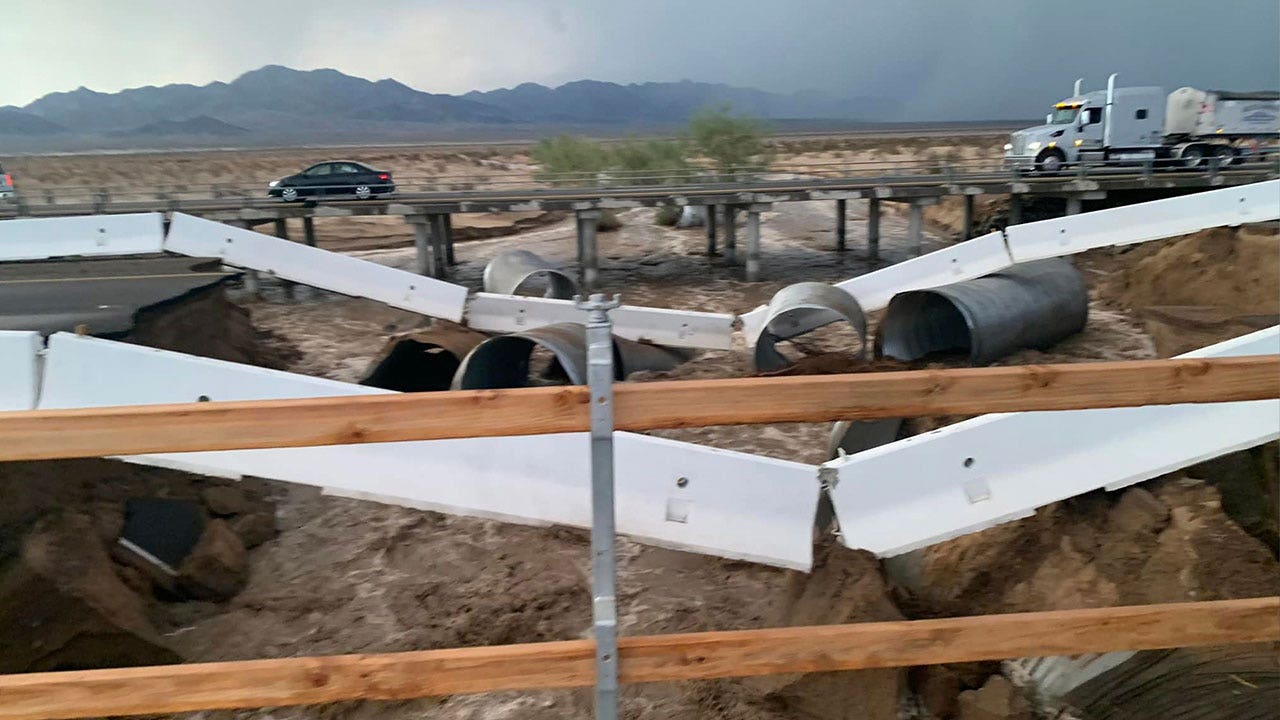 Highway workers have opened a second lane for travel on the main route from Los Angeles east to Phoenix after repairing damage caused by monsoonal flooding last week.

The second lane was restored on Interstate 10 near Desert Center, the California Department of Transportation announced on social media early Sunday.

Monsoonal thunderstorms earlier damaged eastbound lanes on I-10. Washout repairs are not complete. Pictured: I-10 washed out near Desert Center, California, on Aug. 24, 2022.
(Caltrans via AP)

On Aug. 24, monsoonal thunderstorms unleashed flooding that damaged eastbound lanes that were serving as a detour past an ongoing construction site.

Eastbound traffic was completely blocked until Caltrans was able to open one lane the next morning, but warned of heavy delays.