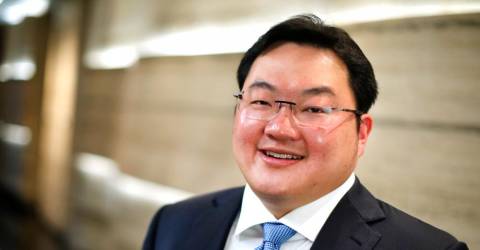 KUALA LUMPUR: Fugitive businessman Low Taek Jho or Jho Low has defended himself that he has no any position or any fiduciary duty in 1Malaysia Development Berhad (1MDB) and its four subsidiaries.

In a statement of defence filed by his lawyers at the Kuala Lumpur High Court on Jan 26 in relation to a civil suit by 1MDB, Jho Low, 41, claimed that the lawsuit should be dismissed as it failed to disclose a reasonable cause of action over allegations of breach of trust or fiduciary duty.

Jho Low said that he has never been a director or shareholder in 1MDB or its four subsidiaries, nor was he a member of the sovereign wealth fund’s board of advisors or a part of the management team of any of the five plaintiffs.

As such, Jho Low said he has no legal standing to exercise control over the plaintiffs, including but not limited to directing or otherwise causing the alleged transfer and/or receipt of funds.

Jho Low said 1MDB’s lawsuit against him is redundant as the United States (US) Department of Justice (DoJ) had already achieved a “global, comprehensive resolution” with him over the DoJ’s 1MDB-linked civil action against him, without any finding of “guilt, fault, liability or any form of wrongdoing”.

Jho Low contended that the resolution of the DoJ civil action led to the voluntary forfeiture and repatriation of assets for the ultimate benefit of the Malaysian government, which ultimately is also to the benefit of the plaintiffs.

Based on the statement of claim, all the plaintiffs claimed that they were manipulated by a group of individuals, including Datuk Seri Najib Tun Razak and the first defendant (Jho Low) to facilitate a large-scale and long-term fraud which resulted in billions of ringgit being fraudulently misappropriated into privately controlled accounts for the benefit of various fraudsters, including the defendants.

Case management has been set for Feb 9. — Bernama