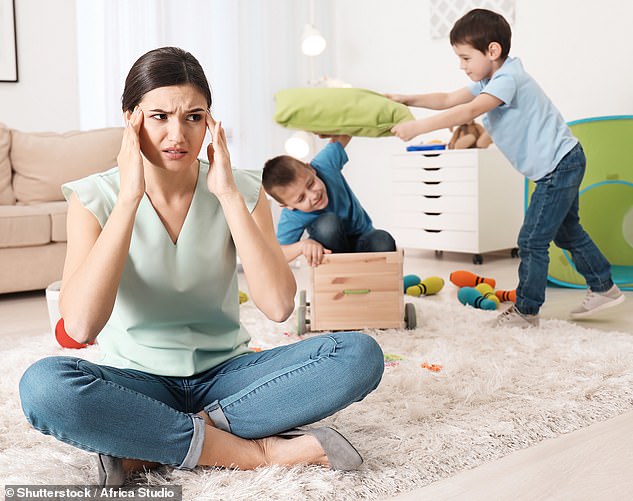 A woman has revealed she has refused to go on a family holiday if her cousin brought her two children under five.

The student, 28, from the US, who said she hasn’t had a holiday in six years, shared her story on Reddit’s Am I The A******?, explaining she didn’t consider a holiday with the two children a relaxing getaway.

She said her sister was frustrated when she said she wouldn’t be joining the holiday if the cousin came with the children, who were aged two and four.

But many online agreed that she shouldn’t feel bad for not wanting to vacation with children around.

The 28-year-old revealed she has been a student part-time for the past four year on top of her full-time job and teaching fitness classes as a side job.

She added that for two years prior to that, she juggled two to three jobs to save enough money for school

‘I can count on one hand the number of small “breaks” I’ve had in the last six years. I am very tired but graduate in a few short weeks,’ she explained for context.

But with her graduation soon coming up, the student and her family, including her parents and two sisters, began to plan a trip.

‘My mother called me this past weekend and said that my oldest sister wanted to invite my cousin on vacation with us and asked what I thought. I immediately said I would not be coming if she was too. 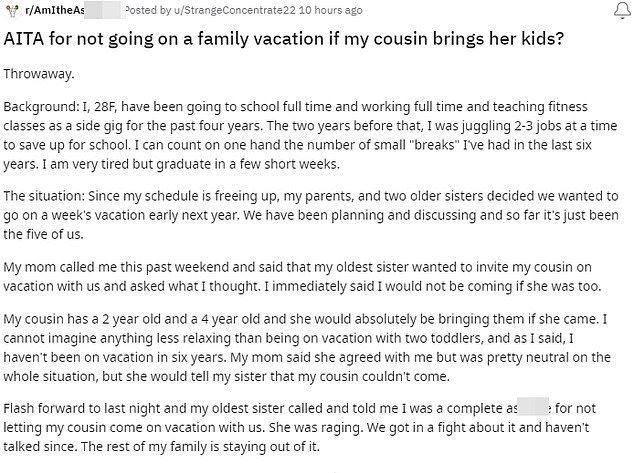 ‘I cannot imagine anything less relaxing than being on vacation with two toddlers, and as I said, I haven’t been on vacation in six years.’

The student said her mother was understanding and told her she’d let the sister know that the cousin couldn’t come.

The mother also said she agreed with the student, but wished to remain neutral on the whole situation.

However, the 28-year-old then got a call from her sister, who called her an ‘a******’ for not letting their cousin vacation with them.

‘She was raging. We got in a fight about it and haven’t talked since.

‘The rest of my family is staying out of it,’ the student added.

She explained in a further comment that she felt that her cousin wouldn’t hire a  babysitter and would count on her to look after her children if they were going on a holiday together.

She added that her sister was very close with her cousin.

After she shared her story online, some people agreed she shouldn’t have to sacrifice her holiday for the sake of her cousin and her children.

‘It’s a vacation, not their family holiday. If she brings her kids there is no guarantee she won’t try and guilt you to watch them so she can have a break and “enjoy her vacation too”.

‘A vacation with kids is not exactly relaxing, I don’t blame you for not wanting them there. Guard your peace,’ one said. 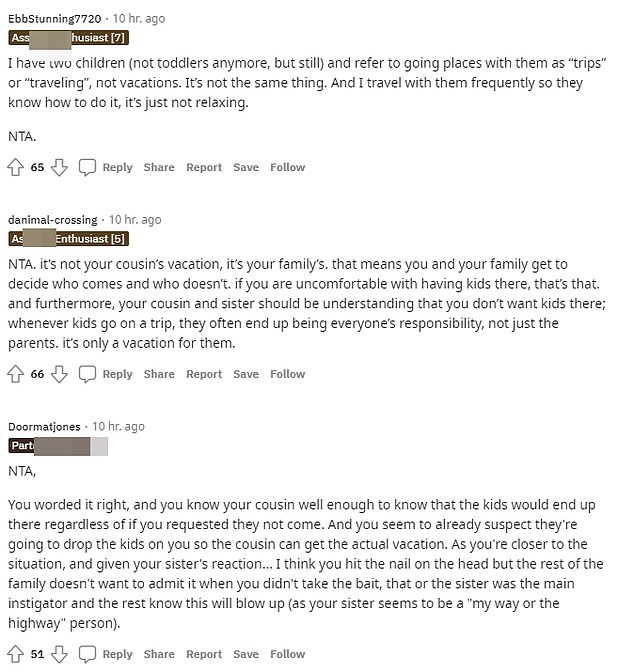 People, including parents, agreed that a vacation with small children wouldn’t be relaxing for the student

‘Toddlers are a nightmare. You have earned a quiet, relaxing vacation. If your sister wants to vaca with the cousin so desperately, they should go together on a separate trip. Sorry your hard work is being rewarded this way. Congratulations, on graduating,’ a mother-of-three said.

‘The fact the rest of the family is “staying out of it” is telling and frankly frustrating. [The poster] didn’t make any ultimatums, she only said what she’d do if cousin and her kids are coming,’ one said.

‘The older sis is throwing a tantrum. If she wants a trip with their cousin so bad, she can plan one,’ they added.

‘Vacationing with two toddlers sounds like the opposite of relaxing,’ one replied.

‘If sister wants cousin so bad, the two of them and toddlers should go on vacation together and stay separately,’ another agreed.

‘There’s a lot a group of adults won’t be able to do if a 2 and 4 year old come along without having to leave your cousin out of it.

‘I have nothing about kids but “relaxing” is not the first word that comes to mind when I think of being on vacation with them,’ one wrote.

‘Absolutely NTA. Two little kids on vacation sounds like a nightmare… especially if you don’t have kids and aren’t used to kids,’ one said.