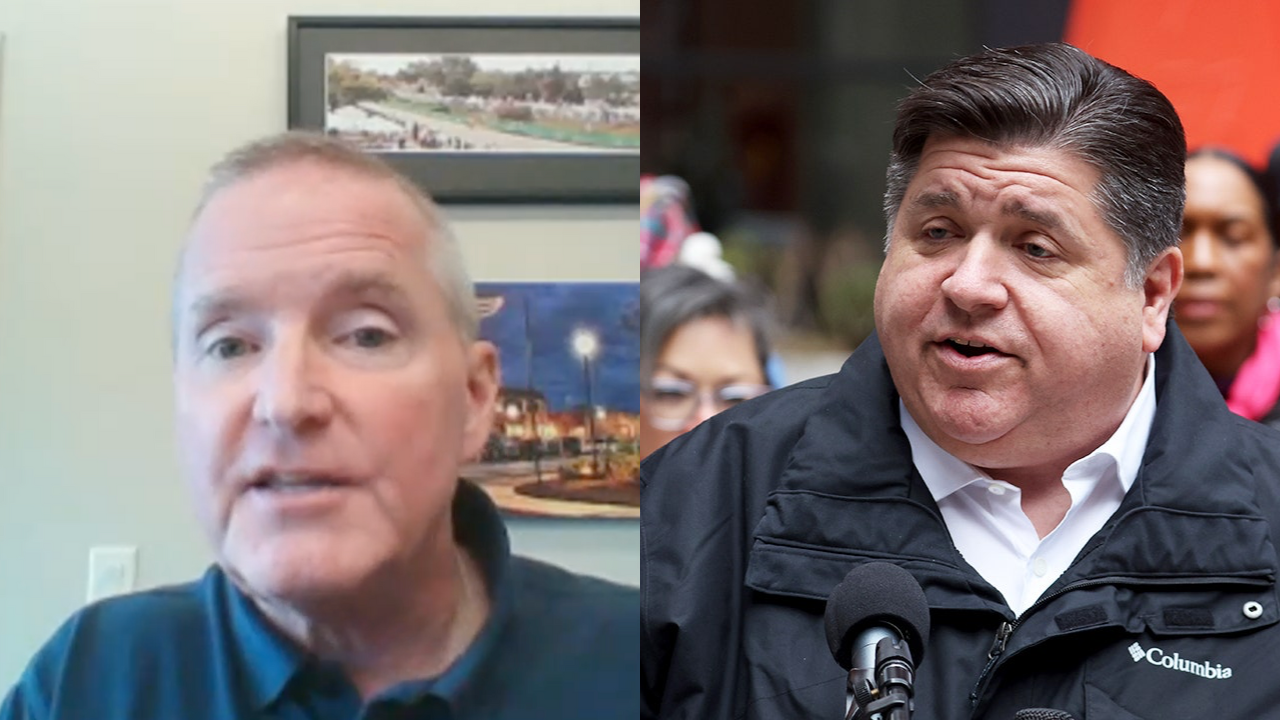 FIRST ON FOX: The mayor of a suburban Chicago town in Illinois is demanding an apology from Governor J.B. Pritzker after 90 migrants were bussed to a hotel in his town with little notice or planning.

Elk Grove Village Mayor Craig Johnson told Fox News Digital that he received a phone call from Pritzker’s office on Sept. 9, informing him that a “migrant bus” would be arriving in his town that same evening.

Without background checks and health screenings, Johnson said that the migrants wouldn’t be getting off of the bus, but said he would provide them with food and water.

“I’m sworn to protect the health, safety, welfare of this community,” Johnson said. “Until those questions are answered, I will not allow them to get off the bus here,” Johnson recalled telling the representative from the governor’s office.

According to Johnson, the migrant bus was then delayed until Sept. 10 as officials worked through various issues. He also said that state officials told him that the situation is “not our doing,” and placed the blame Texas Governor Greg Abbott for sending the migrant bus to Chicago.

When Johnson asked the state official why the migrants were being sent to Elk Grove Village, rather than a city such as Chicago, the Illinois government employee allegedly said that the Windy City has the “Chicago Marathon coming up,” which would prevent the migrants from being placed in hotels. The Chicago Marathon is on Oct. 9.

During a conference call with representatives of the federal government and State of Illinois on the night of Sept. 9, Johnson said that federal government employees from the Federal Emergency Management Agency and other agencies assured him that the migrants had gone through security screenings and health checks.

When the migrants arrived on Sept. 10, they came on Chicago Transit Authority buses and dropped off at a La Quinta Hotel. Johnson initially said that he was upset with Chicago Mayor Lori Lightfoot’s perceived involvement in the effort, given the usage of the CTA buses.

Johnson said that Lightfoot called him on Sunday afternoon and apologized for the “misunderstandings” and allegedly said that, “We had nothing to do about these buses going to your town.”

“As a matter of fact, I was a little upset when I heard Chicago buses were used,” Lightfoot allegedly said, as Johnson recalled.

Lightfoot then allegedly told Johnson that state officials haven’t been “very open with me either.”

Johnson said that he offered to work with Lightfoot on a plan to help out the migrants and potentially offer them jobs.

This isn’t the first time that migrants were bussed from the City of Chicago to an Illinois suburb.

147 migrants were bussed from Texas to Chicago on Sept. 7 and sixty-four of them were then taken to a Hampton Inn hotel in Burr Ridge, Illinois, which is outside of Chicago.

Burr Ridge Mayor Gary Grasso, a Republican, said that no officials from the city or state called him about the arriving buses of 64 migrants.

Burr Ridge Mayor Gary Grasso said that the migrants are members of families, stating that the group has no unaccompanied minors and have legal refugee status.
(FOX 32)

“I’m glad that the American dream is still alive for a lot of people as it was for my grandparents when they came here and for most people that are in this country. So very happy for them,” Grasso said. “But unhappy that nobody from the city, from the state called and told me or my village administrator or any of our elected officials that this was happening.”

Responding to Grasso’s comments, Jordan Abudayyeh, press secretary for Pritzker, told WGN that it’s interesting local officials are complaining about the issue of migrants being bussed to suburbs.

“The state is working with our partners at the City of Chicago and Cook County along with advocacy organizations to welcome those seeking asylum in the United States and provide them stability as they work to build a new life in Illinois. The state has a prior relationship with the hotel being used in the suburbs and their staff has done amazing work welcoming refugees and asylum seekers before, so it is interesting that local officials are choosing this specific instance to gripe to the press about this specific group of asylum seekers that consists of about 30 families. Gov. Pritzker has made it clear that Illinois is [a] welcoming state and xenophobia has no home here,” Abudayyeh said.

Johnson said that the governor’s response is “wrong” and said that he “owes our community an apology.”

“We don’t play those petty games. But to insult us, that we’re either being racist or we’re being uncaring. That is insulting,” Johnson said. “The governor owes our community an apology, and I’ll be waiting to hear that.”

The migrants who were taken to Burr Ridge will stay at a Hampton Inn for at least 30 days.
(FOX 32)

Johnson also said that Governor Pritzker “doesn’t seem to be able to embrace” doing government in an “open and informative” manner.

When Johnson asked Pritzker’s office if it plans on sending more migrants to Elk Grove Village, he didn’t get a response.