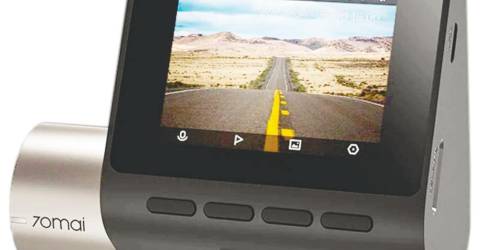 Dashcams are an effective way to record how we drive, and useful for finding out who was at fault in a car accident

THERE has been an undeniable rise in road accidents, road rage incidents and criminal vehicular behaviour over the past few years, which goes hand-in-hand with a visible surge in the number of vehicles on the road recently.

In light of these ‘developments’, there has been a strong rallying cry for Malaysian road users to start installing dashcams within their cars as an added preventive measure, on top of their existing auto insurance.

LYFE has gone through countless advertisements, listings, reviews and tech specifications of dashcams on the current market and picked a few for readers to consider.

These relatively cheap dashcams were considered based on their applications on the road, along with potential downsides.

Footage captured with this model is in 2592p x 1944p, making the number plates of other vehicles more than legible.

Video footage can be watched on, transferred to and shared to the phone through the 70mai app over Wi-Fi.

Coming with its own car charger, the 70mai Pro also has valuable the Parking Surveillance Mode. This allows the dashcam to record automatically when motion is detected even while the car is turned off.

This dashcam is considered the best selling on e-commerce platforms, and most widely used model.

Unlike its counterparts and rivals, the B1W is discreet due to its miniature design, which doesn’t obscure the driver’s view while driving and also decreases the likelihood of theft.

The B1W’s swivel design allows the camera to be turned 360 degrees.

Unfortunately, while the video quality is good in daylight, it drops somewhat considerably at night, and in some really lowlight conditions, not even number plates are clear.

The B1W also does not have a screen, which means the only way to watch captured footages is through WiFi.

Unlike the other 70mai on this list, the A800S’ parking mode begins auto recording when an impact is detected on the vehicle. But that isn’t the real draw of the model.

What makes the A800S great is that comes with not just a front camera, but also a rear one.

The front camera records at 4K resolution, which enables it to capture great videos both day and at night. The rear camera on the other hand, captures footage in 1080p. Given how many accidents occur from being rear ended, the camera’s resolution is more than acceptable.

The most ‘budget’ of all the dashcams on this list, the D208 is a simple model that has Full HD capture, with the front camera recording either 720p or 1080p, while the rear camera is a much lower 640p x 480p.