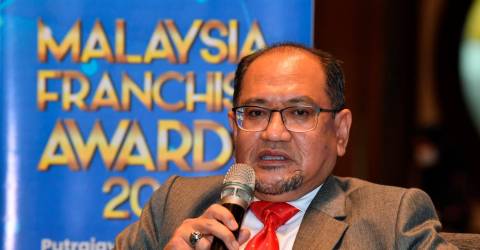 ALOR GAJAH: The government’s move to allow the import of frozen whole chicken is expected to be able to help reduce the prices of the item in the market, said Ministry of Domestic Trade and Consumer Affairs (KPDNHEP) secretary-general Datuk Seri Hasnol Zam Zam Ahmad. (pix)

He said the action was expected to result in excess of supply in the local market, but at the same time, other factors also influence the domestic prices including the prices of the frozen chicken fixed by the producing countries.

“Normally, the prices will drop slightly when there is more supply in the market, but we have to see first the effect of the import of the frozen whole chicken on the market offering in this country.

“And if the prices (of frozen whole chicken) from the source countries are far lower from the prices offered in the country, maybe the prices which the traders can offer are also low.

“But we have yet to obtain information on the matter because it is handled by the Ministry of Agriculture and Food Industries (Mafi),” he said after a visit to the Malaysian Family Sales Programme (PJKM) here, today.

Hasnol Zam Zam was commenting on the announcement of Mafi on the government’s permission to import frozen whole chicken for a three-month period from this month until Feb, 2022.

He said KPDNHEP was also reviewing the maximum price of standard chicken for retail sale (RM9.30 a kilogramme) and wholesale (RM8 a kilogramme), in the future if the prices of chicken in the country’s market returns to normal.

“That we will review just like the other items too. For example, face masks, which, despite setting a RM0.70 ceiling price, the prices have dropped lower than that, following many offers including from abroad,” he said.

In another development, he said PJKM would be expanded more widely and its organisation would be extended after next February if there is a high need or demand from the people.