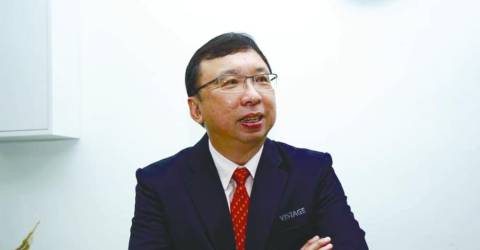 PETALING JAYA: The government can address the twin objectives of improving the efficiency and efficacy of its procurement and at the same time support the small and medium enterprises (SME) via a transparent handicapped system, said Small and Medium Enterprises Association (Samenta) national secretary Yeoh Seng Hooi (pix).

Commenting on the Economic Affairs Minister Rafizi Ramli’s call for opitimising costs and reducing leakages as a strategy going forward, Yeoh said that a novel way for the government to support and assist SME is to address the demand component.

“The addition of cronyism and corruption would distort pricing even further,” he told SunBiz.

On government procurement revamp, Yeoh said that many recommendations have been put forth to allow manufacturers and distributors to submit their quotations online via an open tender and there is a need for efficacious implementation of such new policies rather than remain as mere political rhetoric and cited the World Bank’s procurement procedures and policies as a model for emulation.

On the subject of transparency, he called for successful tenders to be published on the website where details can be seen by the public.

Meanwhile, the association advocates for the government to support SME by allocating 20-30% of government procurement for SME businesses that are at least 75% owned by Malaysians, which will allow the SME to compete amongst themselves for the dedicated slice of the pie.

“If there are no suitable SME suppliers, the 20-30% is ploughed back into the pool for all types of businesses. The SME should not be subsidiaries of private limited companies, multinational companies or government-linked companies due to the unfair advantage,” said Yeoh.

Additionally, he said that another approach is to adopt the small business administration and US government approach where a margin of preference (MOP) is accorded to SME, which provides SME with a certain level of handicap. This MOP is made known to all at the tender stage.

“The SME have a fighting chance against the larger enterprises as there is a price cushion for them. There is less selection bias based on subjective decisions that are distortive in nature as the SME would still have to compete.

“The final results of the tender would be announced where all prices submitted would be listed but, without the names of the participating companies. There would be transparency in pricing but, the confidentiality of who the suppliers are would be protected. The companies that have offered their quotes would know where they stand in terms of their price competitiveness,” he said.

Citing the US Small Business Act, he said that the US Congress has established a 23% government wide target for award of contracts to small businesses, whereby the support to small businesses is legislated and the same could be applied in Malaysia with a different percentage.

Under the Act, he said that both the Set-Asides and Preference programmes are based on self-declaration and participants must file annual reports and certifications to maintain their eligibility. High penalties and stringent disclosures are self-regulatory measures to ensure compliance.

Yeoh believes that Malaysia could adopt a policy if set-asides and preferences are going to be offered to local SME.

As Malaysia’s first association of SME, Samenta continues to champion the development of SME in Malaysia.