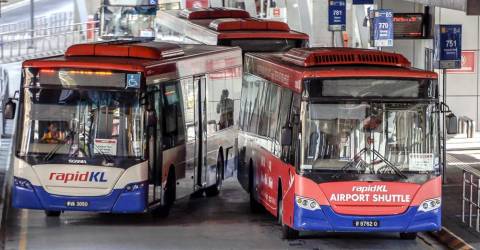 PETALING JAYA: There needs to be a rethink of the country’s public transport system if Malaysians, especially the B40 group, are to better manage their finances with the increase in the cost of living.

University Technology Sarawak Prof Dr Wan Nor Azriyati Wan Abd Aziz said Malaysia’s public transport system is not helping the B40 group as much as it should.

“Our current public transport system appears to be designed for areas occupied by middle-income and high-income earners, the M40 and T20,” Wan Nor Azriyati told theSun.

She said it is not too late for Malaysia to divert LRT lines or build new public transport lines to accommodate those areas with more B40 residents, but it has to be well planned.

“It can be done through requirements for the approval of developments via local town planning authorities. When a new approval is given, there must be a clause requiring the developer to provide bus stops or an indication of a public transport line to be built there.

Wan Nor Azriyati said in new townships, the B40 are mostly deprived of the opportunity to enjoy direct public transport.

“The current public transport facilities are located in commercial areas, which are generally near the M40 and T20 groups.”

Financial adviser Ian Wong said public transport in some housing areas may not be efficient.

He added that the cost of buying vehicles to overcome public transport shortcomings is burdening the B40 group.

“There are people who only buy cars out of necessity now but they opt for cheaper ones, which more often than not require higher maintenance costs, affecting their finances,” he told theSun.

Wong said taking into account the cost factor, people should not buy cars.

“Cars depreciate very fast, and on top of that, there are maintenance and petrol charges to be met.

“If one uses public transport, one will save a huge amount of money.

“But maybe public transport takes too much time, or is too tiring to use from one’s housing area. So, there is a need to balance cost and a person’s well-being.

“For example, there is no point in forcing oneself to take the LRT every day if it requires a one-hour walk to the station, and then another hour back. One will be more tired, have less time for family, less time for sleep.”