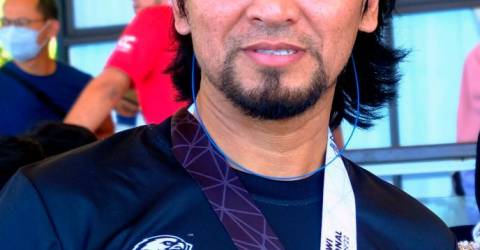 LANGKAWI: The inaugural Langkawi International Half Marathon 2022 (LIHM22), which will be held here tomorrow, has attracted over 2,500 participants from 28 countries.

LIHM22 organising head Shahrizan Saad (pix) said the run, which will begin at 6.30 am at the Mahsuri International Exhibition Centre (MIEC), would comprise three categories – 21 kilometres (km), 10km and 5km.

“This is the first time we are organising this event and we received an incredible response. We may increase the number of participants next year,” he told Bernama today.

Shahrizan, who is also the captain of the Langkawi Runners Club, hopes that the LIHM22 will attract foreign tourists to join in sports activities, especially the run in Langkawi.

“They usually come to Langkawi for a holiday and hit the beaches. But this island offers way more attractions to LIHM22 participants, who can get to enjoy beautiful views of the beach, sea, paddy fields and hills.

“We hope the LIHM22 can become an annual event and, who knows, it may even be able to compete with other international sports like the Ironman Malaysia, which has been able to attract foreign tourists here,” he said. – Bernama